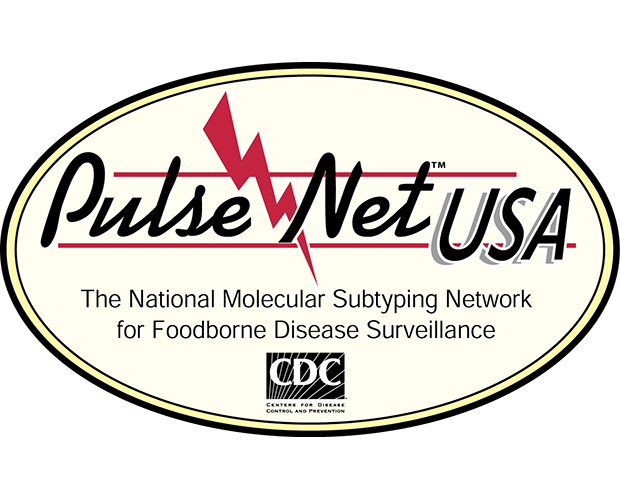 In 1993, a large multistate outbreak linked to Jack in the Box restaurants sickened over 730 people (four of whom died and over 170 of whom had long term health complications). It took one month to determine the cause of the outbreak and even longer to find the exact culprit. After that outbreak, public health officials knew there was a need for a national network that would expedite outbreak detection. Together, APHL and CDC worked to develop a system that would ensure that member laboratories were using the same testing methods so strains could be compared in a single national database.

PulseNet revolutionized foodborne outbreak detection and investigations by using DNA fingerprinting technology to detect clusters of foodborne pathogens. PulseNet allows outbreaks to be investigated in a matter of hours or days rather than weeks or months; rapid investigation of outbreaks means they can be addressed and resolved more quickly and that means fewer illnesses. Without this network, many large national outbreaks may have never been detected or investigated.

How does PulseNet work?

After a clinical laboratory has tested an individual’s sample to determine exactly which bacteria has made them ill, they send an isolate of that bacteria to the public health laboratory, which then performs DNA fingerprinting of the bacteria using pulsed-field gel electrophoresis (PFGE). That DNA fingerprint is then uploaded into PulseNet’s national database where microbiologists and epidemiologists from around the country can view the data and determine whether there are clusters of patterns that might indicate an outbreak. 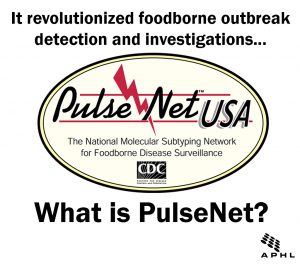 I get sick. I go to my doctor who requests a stool sample; she sends that sample to a clinical laboratory who determined that E.coli O157 has made me ill. As mentioned above, the clinical lab then sends an isolate to my state’s public health lab where they perform DNA fingerprinting using PFGE. The DNA fingerprint is uploaded into the PulseNet database. People in three other states become ill; the DNA fingerprint of the bacteria that made them sick is uploaded into the PulseNet database too. A microbiologist in my state notices that the DNA patterns are all the same, indicating a need for further investigation to determine if we became sick from the same source. Epidemiologists from our state departments of health immediately contact us for interviews – we all mention that we ate at the same national restaurant chain. The public health system quickly jumps into high gear. They begin to look for additional cases and to identify where the restaurant’s many food items originated. CDC works closely with other federal partners such as FDA and USDA to try to determine the exact source of this outbreak.

What’s next for PulseNet?

While PulseNet has used PFGE testing for DNA fingerprinting, we are now looking at new technologies such as whole genome sequencing (WGS). Some public health laboratories and CDC laboratories are using WGS alongside PFGE to demonstrate the utility of this technology for real-time outbreak detection. Currently, both PFGE and WGS data, when available, are uploaded to PulseNet.