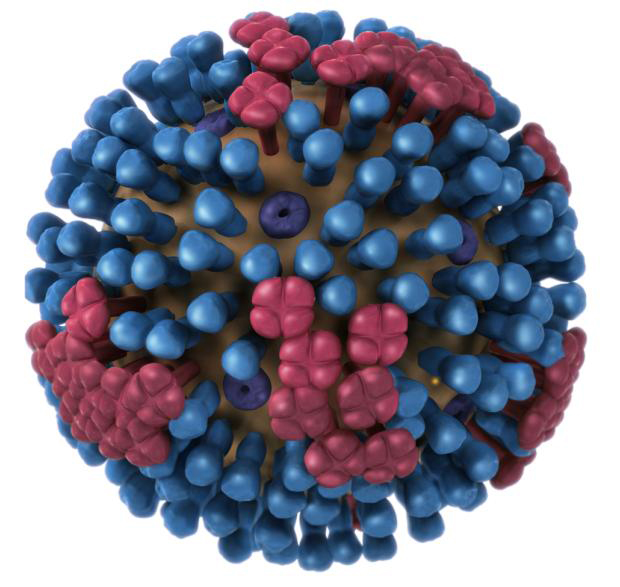 It’s flu season, the dreaded time of year when everyone hopes that they are not one of the thousands of Americans who falls ill. While the public gets their vaccines, loads up on hand sanitizer and researches magical tea recipes “guaranteed” to fight the flu, public health labs and epidemiologists prepare to test specimens and collect data that will provide a more detailed look at how this potentially serious virus is impacting the public’s health. 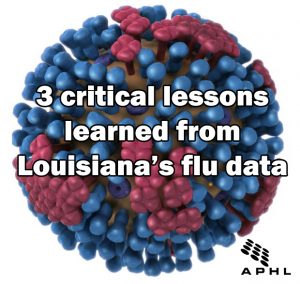 So what data is collected and what does it tell us? To get a better understanding, we spoke with Julie Hand, public health epidemiologist in the Infectious Disease Epidemiology Section of the Louisiana State Department of Health & Hospitals, who shared some of the most telling pieces of data they collected during the 2014-2015 flu season. (Louisiana has a centralized public health system which means there are no local or county departments of health. All flu surveillance work is performed at the state level.)

In Louisiana (and most other states), flu reporting is voluntary. There is no requirement for clinical staff to notify the state of flu cases. Louisiana has been working closely with hospitals and other clinical facilities to encourage flu reporting. In 2014-2015, approximately 45,000 rapid influenza diagnostic test results were reported (up approximately 25,000 from the previous season). More specimens and data provided by clinical facilities means the state can compile a more complete and meaningful picture of the flu season and its impact on the public.

While data was collected across various age ranges and geographic regions of the state, there were two different school outbreaks that were particularly interesting: one was influenza A (H3N2) and the other was influenza B. Both outbreaks peaked in November, only one month after the official start of flu season.

1. Within those school outbreaks, the majority of people who were vaccinated at the time of infection had not received their vaccination early enough to have immunity.

Why does this matter? After receiving the flu vaccine, it takes about two weeks for your body to develop immunity. So while people thought they were protected, their bodies were not yet immune to the circulating flu virus. Flu season is a time to be proactive not reactionary – don’t wait for an outbreak to get vaccinated.

2. Antibiotics were prescribed to a surprisingly high number patients in those outbreaks, however antibiotics do not work to fight viruses such as influenza.

As stated above, antibiotics don’t fight viruses like influenza – they fight bacterial infections. Overuse of antibiotics when they will not be effective – such as in cases like this – contributes to the growing public health threat of antibiotic resistance. Medical professionals should be aware that treating flu with antibiotics isn’t recommended and is contributing to a larger public health problem.

3. In Louisiana during the 2014-2015 flu season, only those who received the quadrivalent vaccine were protected against the most prevalent strain of influenza B.

Influenza B accounted for 20% of all reported flu cases in Louisiana (state lab PCR results). Louisiana’s genotyping data showed that of those…

As each flu season comes and goes, data is critical to helping departments of public health understand which aspects of flu surveillance can be eliminated, continued and/or adjusted. And with every improvement and every new bit of previously unknown information, officials like Julie and her colleagues can help shape programs that protect the public from this hated virus.