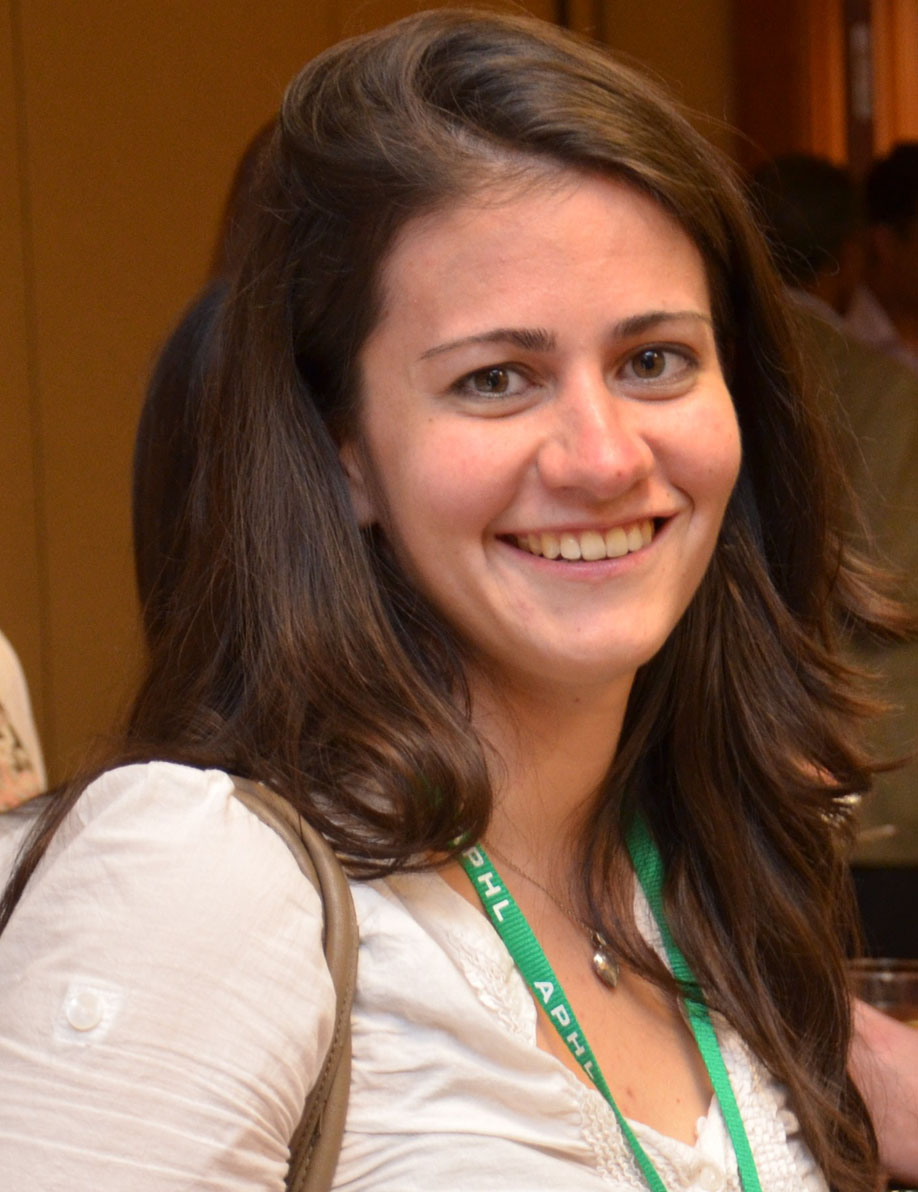 If the answer is “no,” don’t feel bad because I had no idea either! Prior to working at APHL, I couldn’t tell you what a public health laboratory does or even realize why I should know. I didn’t know a thing about public health. If I had known, though, I might have looked into it as a career option.

Early in my undergraduate career, I was in a phase of career exploration, and there was a brief period when I really wanted to be a nurse.  I enjoyed a lot of science classes in school, but I also enjoyed writing. So I sought an opportunity where I could get a taste for both.

I got an internship in the communications department of a nearby hospital.  While I was there, a news channel arrived to interview a physician about a hot new procedure. I only heard half the interview because I woke up on the floor, having fainted halfway through the presentation. At that moment I realized maybe nursing wasn’t for me.

But, before my brief fantasy where I become a nurse and saved hundreds of lives, I was aware of the nation’s severe nursing shortage (one of the reasons why I looked into the field). I could even rattle off the talking points about the reasons for the shortage: an aging population, fewer people entering the field, not enough instructors and degree programs.  I saw advertisements about it on the Metro, in the newspaper and even on Facebook.

Now, almost four years later, I find myself in a position where IT’S MY JOB to tell people about careers in public health. I work for APHL’s National Center for Public Health Laboratory Leadership, (NCPHLL – APHL loves long acronyms), promoting careers in public health laboratory science. Via this post, (and many more to come), I’m hoping to reach students who are still searching for their path as I was.

My Top 10 Reasons Why Public Health Laboratory Careers are so Rewarding, Appealing, Awesome and Should Not be Overlooked: