“Suddenly she stopped, clutched her throat and a wave of crimson blood ran down her breast… It rendered her even more ethereal.” ~ Edgar Allan Poe describes his wife dying of tuberculosis.

Disturbing, sensational and oddly romanticized — these were the days of tuberculosis past. So what has become of its future? 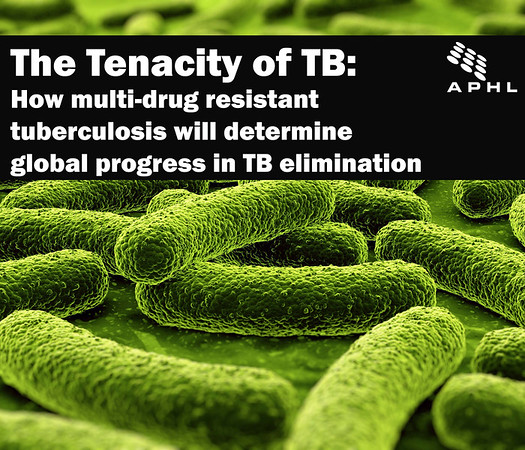 While recent news stories about en vogue infectious diseases are no less sensational, TB has certainly lost its status at the water cooler. It is far from having the mystique of a zombie apocalypse; it’s not wrapped up in a passionate human rights movement like HIV/AIDS; it doesn’t have the exotic novelty of Ebola; and it hardly provokes the Thought Police like vaccine preventable diseases. With a low burden of disease in the US and case rates continuing to decline annually, TB has all but faded from public consciousness.

But what TB has lost in zeitgeist influence, it has made up for in tenacity. For every major advancement in treatment and control, M. tuberculosis has capitalized on weaknesses and dared the public health system to rest on its laurels. As a result, the US, a country with relatively robust TB control programs, has not achieved TB elimination. Globally, large disparities in resources and infrastructure remain and TB is the second largest cause of mortality of any single pathogen behind HIV.

In the US, TB often persists in marginalized and invisible populations such as homeless or foreign-born communities. With few exceptions, cases of TB are still reported by every state. Occasionally, rare outbreaks breach the imaginary safety bubble of larger communities. It is vital to recognize that our current system is neither infallible nor exclusive of the global TB fight. The TB of today poses a challenge that could take the hot air from the lungs of the most bumptious pathogen pundit. That threat, and this year’s topic for World TB Day, is multi-drug resistant tuberculosis (MDR-TB).

Multi-drug resistant tuberculosis is defined as active disease from infection by M. tuberculosis strains that are resistant to at least rifampin and isoniazid, two of the four drugs in first line drug therapy (collectively and colloquially known by the acronym “RIPE”). The reasons that TB strains develop drug resistance are complicated and derive from a variety of biological and man-made influences. The major concern with MDR-TB is that it renders inadequate an already limited number of drugs, with only prolonged, less effective and more toxic treatment options remaining.

The story of MDR-TB has its roots right here on, or rather in, our soil. Streptomycin, the first drug to treat TB, is an antibiotic produced by bacteria found in the soil, and is a Nobel Prize winning discovery by Selman Waksman of Rutgers University. While blindingly obvious, drug resistance can’t develop without one key component…drugs. But drug resistant TB was unheard of prior to the discovery of streptomycin in 1943. Not to be outdone, M. tuberculosis showed that it could quickly develop resistance. Through the next 20 years this TB tit-for-tat went on with each newly developed drug until a regimen of combination therapy, the RIPE panel of drugs, provided the TKO and is still the primary arsenal used today. This drug regimen was lengthy with harsh side effects, but it was nonetheless effective. US case rates began to decline through the 1970s. However, the silver bullet of antituberculosis drug discovery was a silver lining that encircled a menacing storm cloud of emerging drug resistant TB.

Optimism in new treatment regimens gave way to the reality that global scale-up of effective treatment programs was a long term investment and expensive. Funders wanted the most bang for their buck, and TB didn’t fit the bill. Consequently, global political will eroded and only wealthy countries, like the US, made significant strides toward TB elimination. Low resource, high burden countries faced limited access to antituberculosis drug supplies and deficient healthcare infrastructure. This contributed to the improper use of drugs that consequently encouraged the emergence of resistant TB strains and subsequent outbreaks of multi-drug resistant TB. These factors led to treatment failure and widespread transmission, and paved a road for outbreaks of multi-drug resistant TB.

Not until the 1990s, when TB remained the single largest cause of death from an infectious disease, were advances made in public health economics that supported investment in TB treatment efforts. The World Health Organization implemented a strategy that is the foundation of today’s approach: Directly Observed Therapy short-course (DOTS). DOTS strategy, as the name indicates, involves a high level of accountability for treatment adherence. Unfortunately, drug resistant strains of M. tuberculosis cannot be determined through direct observation or even under a microscope. MDR-TB patients were failed by the original DOTS strategy because it did not include a significant laboratory component to detect drug resistance. This weakness, coupled with comorbidity associated with a mounting HIV epidemic, gave rise to numerous MDR-TB outbreaks here in the US.

Traditional methods for TB drug susceptibility testing in the laboratory greatly improve the ability to properly treat and control MDR-TB, but require weeks of precious time and expertise. This often limits their utility. The Centers for Disease Control and Prevention Division of TB Elimination, in conjunction with APHL and state and local public health laboratory systems in the US, continue to play an important role in maintaining expertise amid overall declining rates of TB. Great strides have been made in the past decade in development and implementation of technologies that can inform treatment decisions within 24 hours and in greater detail than was ever thought possible.

With a bolster to the domestic diagnostic infrastructure, MDR-TB cases are able to be detected and remain rare (95 cases in 2013). But MDR-TB is showing little sign of significant decrease and, as of 2013, nearly 90% of cases were foreign-born. While barely registering in headlines, MDR-TB is nevertheless the next major obstacle to tuberculosis control. Its path will determine global progress toward TB elimination.