What is this new antibiotic-resistant superbug that is flooding the news streams these days?  Nightmare bacteria?  Triple threat?  What is this monster?

On March 5, 2013, CDC’s Vital Signs featured a report describing the newest superbug circulating health care facilities around the world: Carbapenem Resistant Enterobacteriaceae (CRE). It has targeted patients in health care facilities receiving care that requires devices such as ventilators, urinary catheters, or intravenous catheters.  People receiving these treatments are immunocompromised and more susceptible to other infections.  Symptoms can include gastrointestinal illness, pneumonia, or, in serious cases, infections of the bloodstream or other organs. 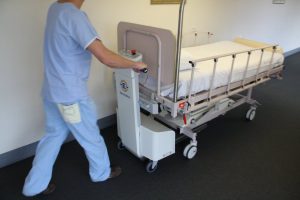 CRE is unlike other antimicrobial resistant bacteria.  As Dr. Thomas Frieden, director of the Centers for Disease Control and Prevention, stated “They’re resistant to nearly all antibiotics. They have high mortality rates, killing half of people with serious infections. And they can spread their resistance to other bacteria.”

Most health departments are only beginning to look for CRE.  Many report health care-associated infections only when there is an outbreak.  As indicated in the MMWR article, only six states require facilities to report CRE infections!  This means that the true impact of CRE is not known.

What are public health laboratories doing in response?

Depending on the presence of CRE in their state, public health laboratories are either working to respond or preparing for an influx of testing orders.  The Colorado public health laboratory, for example, has collaborated with state epidemiologists to implement CDC screening procedures for CRE in response to an outbreak at a Colorado hospital.  To date, the lab has screened a total of 126 swab samples for the presence of CRE, and validated and implemented detection of two CRE genes to support identification of the nightmare bacteria.

At the same time, APHL is assisting public health labs to build CRE testing capability.  In August 2012, the association, in collaboration with CDC, selected the Indiana State Public Health Laboratory and Michigan Public Health Laboratory to develop non-automated antimicrobial susceptibility testing capability for CRE to provide confirmatory testing for clinical laboratories.  These critical projects are well underway; it is in the public’s interest to ensure that they are sustained.