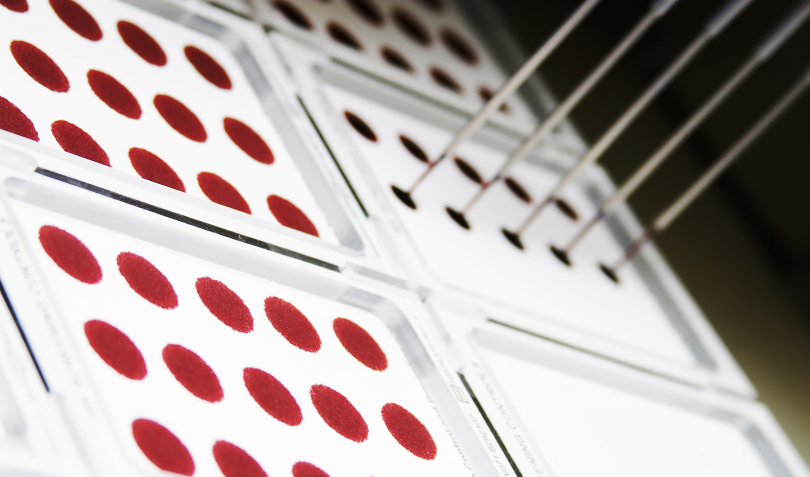 The Recommended Uniform Screening Panel (RUSP) is a growing list of disorders that the Secretary of the US Department of Health and Human Services (HHS) recommends for states to incorporate into their respective newborn screening panels. Each state screens for most RUSP disorders, often with varying instrumentation and unique protocols to perform the testing. A technical session at the APHL 2020 Newborn Screening Virtual Symposium led by an expert panel of women in newborn screening offered a look into cystic fibrosis, Tyrosinemia type I, congenital hypothyroidism and optimizations to detection methodologies.

Cystic fibrosis newborn screening was first adopted in 1982 – prior to the creation of the RUSP – by just a single state, leading to a slow but steady domino effect of implementation until all states were universally screening by 2010. Sarah McKasson, MPH, a senior consultant at CI International, relied on the rich patient dataset in national registries to explore the wide variability in time of intervention and diagnosis for cystic fibrosis across the US due to differing screening protocols and inconsistent application of diagnostic guidelines. “By understanding how process variations in newborn screening could potentially impact earlier intervention,” McKasson said, “we hope to improve both the short- and the long-term health of people living with cystic fibrosis.”

One of the earliest disorders to be added to the RUSP in September 2008, Tyrosinemia type I is also screened universally by all states with over a decade of accumulated data enabling ongoing quality improvements. In 2018, when the Kansas newborn screening program discovered a problematic increase in false positives for this metabolic disorder, they leaned on their peer states to share data that revealed the reason why their detection rates were suddenly increasing, despite a relatively stable population. Ultimately, the program was able to use data-driven evidence to modify their instrument detection thresholds, allowing them to significantly reduce false positives and to predict when instrument maintenance would be needed. According to Michelle Mills, MS, manager of the Kansas Health and Environmental Laboratories Newborn Screening Program, “States working together in newborn screening make a big difference.”

A theme that has permeated throughout the Symposium is timeliness. Presenter Samantha Isenberg, PhD, a chemist at the US Centers for Disease Control and Prevention (CDC), noted that “the throughput of screening has not increased despite improvements in instrumentation over the past decade.” CDC works closely with states and system-wide partners to perform method development and to address quality improvement challenges. The aim of one particular study described by Isenberg was to enhance biomarker detection and throughput while reducing the time required for testing and analysis. A series of specification changes to sophisticated machinery automated the screening process for multiple RUSP disorders, successfully shortening all of the steps in the workflow to fit into one day.

The final presentation by Beth Vogel, MS, CGC, of the New York State Department of Health focused on the long-term clinical outcomes of children with congenital hypothyroidism. Vogel described a decade-long study during which over 2 million babies were born and screened in the state of New York, which prompted the newborn screening program to switch their biomarker for detection of hypothyroidism. The algorithm change was made with the goal of reporting results sooner, reducing the hands-on time and complexity of the testing, and to accomplish these goals without risking the health of newborns. Steeped in quality control and geared toward process improvements, this lengthy study improved detection for an enduring RUSP condition.

Drawing hundreds of scientists and public health leaders from across the newborn screening spectrum, this informative session on RUSP closed with a live Question and Answer session where participants discussed helpful practices and lessons learned that continue to improve newborn health.