Hi. I’m Michael and I admit it: I’m a Winter Olympics fanatic. From learning new geography at the Opening Ceremonies, to hoping for that US-Canada hockey game, and seeing the short-track speed skaters hurl themselves in roller-derby-on-ice, I can’t get enough. I’ll even watch a couple hours of curling. I’m all-in for two weeks (well, except ice dancing, but that’s another post).

The Centers for Disease Control and Prevention provides basic information if you’re heading to the Games (and more generally for international travel). In addition to routine vaccinations, like chicken pox and your flu shot (which you should already have!), the CDC recommends specific ones for Russia, such as hepatitis-A and others if you are particularly at-risk or heading to remote areas. Visitors should also prepare a travel health kit, including the medications they might need during travel. The CDC even provides a list of Russian phrases to use if you are sick or injured.

Next, one particular aspect of public health at the Games is interaction with the other spectators or athletes. Always remember to wash your hands, wear your seatbelt and generally stay aware of your surroundings. And yes, sexually transmitted infections are a concern at the Olympics. Organizers help the athletes by distributing condoms (150,000 were distributed to athletes at the London Games), but you might be on your own, so be prepared.

Finally, we cannot ignore the environmental impact of the Games. Sochi has an average population of 350,000 people. The 2010 Winter Games in Vancouver attracted an estimated 500,000 visitors plus another 10,000 journalists and 2,700 athletes (not counting security or volunteers). In all, Sochi’s size may double (or more) for the Games. The huge number of people coming to this Black Sea resort town, plus the construction of the new venues and other capacity improvements, will stress Sochi’s environment.

In 1996, the International Olympic Committee added environmental protection as the third pillar of the Olympics. As part of this commitment, Sochi organizers are making efforts to build and conduct the Games in an environmentally responsible manner, including a Green Building recognition program. But with a $50 billion price tag to build and run the events, the environmental impacts include increased construction waste, water shortages, habitat disruption and increased logging. All of these activities increase the amount of pollution in air, soil and water resources. Add the increased demand for drinking and wastewater services, transportation, and curiously, saving last year’s snow, and the overall environmental impact of the Games may be significant. However, we won’t know the full effects until after the Games are over. Looking ahead, the Rio Summer Games have already launched their sustainability program for 2016. Expect future Olympics host-cities to continue concentrating on environmental concerns when preparing for the Games.

While the public and environmental health concerns don’t decrease my appreciation for the spectacle that is the Olympics, including the athlete’s amazing abilities and the two weeks of global good will, it does add context to what goes into making such an event happen. Just another reminder that public and environmental health is part of everything. 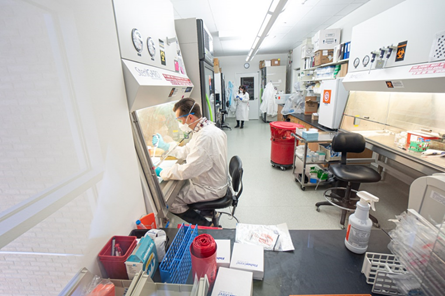 The importance of sustained federal funding for public health