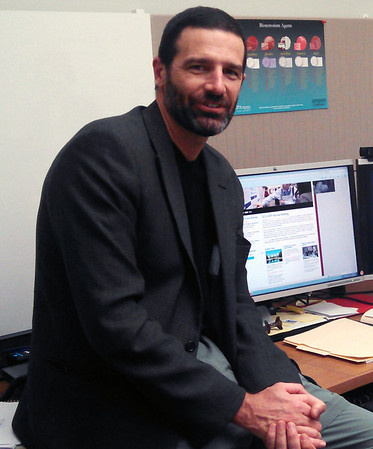 September 6, 2001 – five days before my 33rd birthday – I had two job interviews on the same day.  My nine o’clock was at the public health lab; my 11 o’clock was at a start-up company in the Research Triangle Park.   Both interesting positions, both were associated with great teams, and both interviews went very well.  Of course, I immediately weighed which job I would accept if I got two offers.  It was truly a toss-up since there were some really nice points to each position.  The tie-breaker came on my birthday, September 11, 2001.  The tragedy of that day made the service aspect of the public health position outweigh the benefits of working with a start-up (i.e., higher compensation, less bureaucracy).  Unfortunately, the wheels of authorization do move slower in government.  On September 13th, I received and declined the start-up position offer without assurances of being selected for the public health lab position.  I was making a leap of faith that was ultimately justified after the first wave of anthrax letters was discovered.  My journey into public health had begun as it continues – chaotic, eventful and wholly fulfilling.

The initial long hours of work responding to the anthrax attacks delayed my discovery of the field of public health laboratories, but as the turbulence of late 2001 subsided, an unexpected world was opened to me.  My prejudices – my judging without knowing – regarding those tedious areas of the public health laboratory were destroyed by my observations around the lab.  By talking to my colleagues in the different sections of the lab, I discovered the fascinating complexities of the public health laboratory science area.  While they weren’t making basic scientific discoveries with which I had been previously involved at the university, the public health laboratory discipline held a myriad of questions waiting to be answered.  Indeed, seeing the application of the ongoing science (trouble shooting, novel assays, even process management!) was surprisingly more satisfying to me than the basic research.  I had a Green Eggs and Ham moment.  I could not get enough of hearing about the issues in the TB lab or knowing my baby’s bloodspot card was rapidly working its way through the newborn screening lab.

I discovered that public health laboratory operations touch the lives of every person in a lab’s jurisdiction – this had a profound impact on me.  From the safety of drinking water, to the screening of all infant children for serious diseases – public health labs directly affect my family and my community!  I found it easy to be passionate about my new field… “Zealous” may be a better adjective.

I hope that sharing my experience and my shift in perspective encourages others to explore the activities and careers of their local or state public health lab.  You may find that a career helping to improve the health of a population is something that interests you – it did for me!