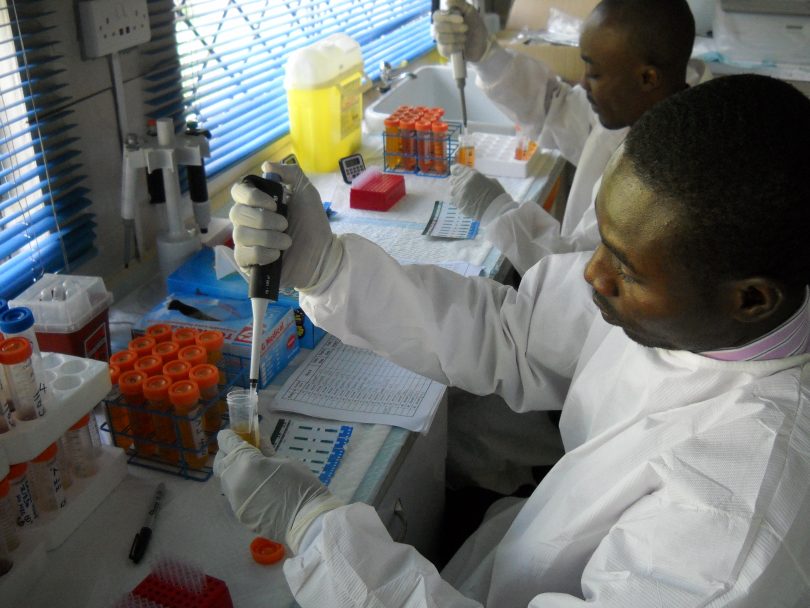 When HIV first struck Ghana in 1986, it didn’t adhere to global trends. There was a high prevalence of HIV in females, not males. The spread began in rural areas, not urban centers. Regions with more polygamy had lower rates of HIV, not higher. Over 30 years later, Ghana has made significant headway in slowing new infections, but there continues to be an upward trend that’s deeply concerning.

The top HIV/AIDS experts around the world see substantial evidence that antiretroviral therapy (ART) can be highly successful in suppressing the virus in infected people and decreasing the likelihood of transmission. In fact, evidence shows that when the virus is suppressed to the point of being undetectable, the infected individual has low or no risk of transmitting the virus to others. Given these facts, one key to slowing and eventually halting the transmission of HIV is close monitoring of every infected person’s viral load (testing for the amount of HIV in the blood). Regular and consistent viral load testing can determine whether ART is a success or failure. If ART is successful, viral load testing will indicate viral suppression; if not, as when treatment is inconsistent or the virus has become drug resistant, it will show either no change or an increase in viral load. Viral load testing is critical to determining next steps for individual treatment as well as determining whether the epidemic is progressing or regressing.

In keeping with global HIV response efforts, Ghana is shifting their attention to scaling-up viral load testing per the World Health Organization’s (WHO) “treat all” recommendation. That is, not only should infected and high-risk individuals receive ART, they should also have access to regular viral load testing. Additionally, the country has adopted the UNAIDS 90/90/90 global targets aimed at ensuring that 90% of the people receiving treatment are virally suppressed, with the goal of ending HIV/AIDS by 2030. Scaling-up viral load testing requires increasing laboratory capacity, an undertaking to which Ghana and APHL are committed.

In order to develop the Ghana Laboratory Viral Load Testing Extension plan, APHL has worked closely with CDC-Ghana, the Ghanaian Ministry of Health (MOH), Ghana Health Service (GHS), the National AIDS Control Programme (NACP) and many other partners and stakeholders. This plan outlines a strategy to increase and monitor laboratory capacity for viral load testing. It includes an ambitious, targeted approach that balances achieving global goals of ART treatment monitoring with the limited resources available in the country. The plan accelerates the scale-up of viral load testing by defining national testing targets and a timeframe for achieving them, improving stakeholder collaboration and pooling available resources for better distribution.

In addition, APHL has collaborated with the Centre for Remote Sensing and Geographic Information Services (CERSGIS) to map all 245 ART centers in Ghana. This huge undertaking generated geo-referenced maps for each site, including the latitude and longitude of the ART centers along with other related attributes such as differentiated models of care sites, regional viral load centers, sector viral load centers, functional viral load centers, testing staff capacity, ART equipment at the centers and much more. Visualizing these data at various administrative levels provides national decision makers with a more nuanced understanding of program coverage and priorities for scale-up. By mapping rather than graphing or charting the data, users are better able to recognize important patterns.

As the global health community works to end AIDS by 2030, laboratory testing will continue to be essential for diagnosis, treatment and prevention. APHL’s viral load scale-up activities in Ghana will help those already afflicted by HIV/AIDS to receive effective treatment and  will ultimately decrease the number of new infections in the country.