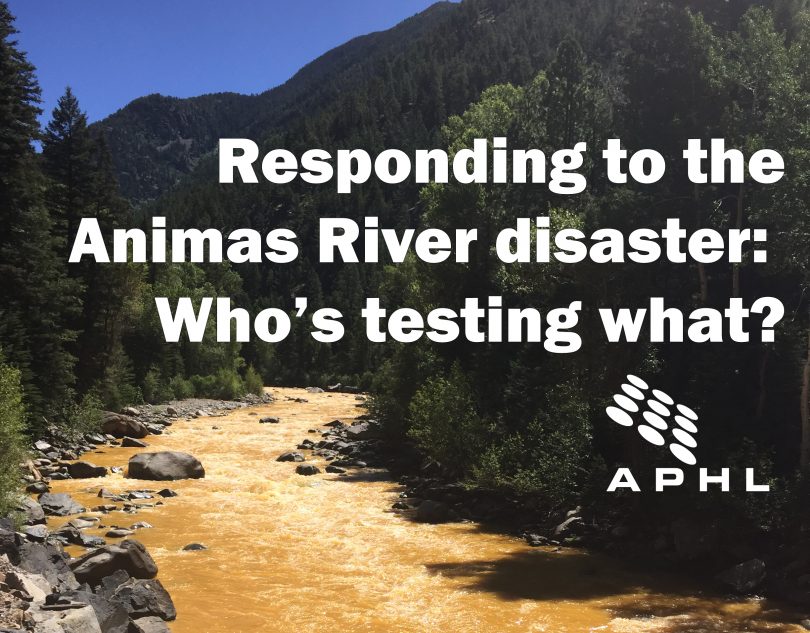 It was Saturday morning and my energetic six-year-old daughter was occupied for a moment, so I had a few seconds of quiet to scroll through my Twitter newsfeed. This photo of Colorado’s Animas River caught my eye and I immediately thought, “That has to be photoshopped.” I clicked the link and saw it wasn’t. 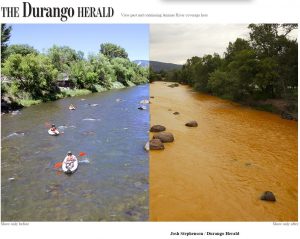 “What’s going on?” I thought, as she bounded back in the room, tackling me with her typical exuberance. I squirmed up from underneath her and quickly retweeted the image, sensing it was something important.

Later the nation would learn that an EPA contractor accidentally released 3 million gallons of mine waste including metals such as lead, mercury and arsenic into the river, turning it the bright orange color that originally looked (and kind of still does) photoshopped despite being very real. (Photo by Josh Stephenson / Durango Herald)

As the story unfolded, the details revealed the seriousness of the situation. I decided to reach out to the state public health and environmental laboratories in the impacted states: Colorado, New Mexico and Utah. Were they receiving requests to test the water and soil (AKA sediment)? Were they overwhelmed? Did they plan to look for contaminants in people who may have been exposed?

This type of event sends public health and environmental laboratories in impacted states into emergency response mode. That means putting normal day-to-day work aside (and possibly even day-to-day personal life if the lab has to move to a 24/7 shift work). This sets the stage for one of the biggest challenges seen in laboratories during many emergency responses such as this one: prioritization. In this case, sample submitters went from characterizing samples as either priority 1 or 2, to labeling all samples as priority 1. So instead of being able to put some samples on hold (priority 2) in order to address the priority 1 samples, all samples must be addressed as soon as possible. This presents a challenge to an already stressed laboratory.

In an effort to assist with lab-to-lab emergency response coordination, APHL held a conference call on August 19. Here is what we heard:

– Testing was being done by multiple entities including public health labs, commercial labs and EPA.
– The Colorado public health laboratory saw more than 100 samples from surface water, sediments, irrigation canals and private well water within the first two weeks. As of the 24th, they expect to return to normal surveillance levels.
– The New Mexico public health laboratory saw between 40 and 60 river water samples submitted for a full range of testing including metals. By the time we spoke, technicians had completed work on most of the samples, sending about 500 results over the period of about one week. The laboratory expects to do biomonitoring (looking for chemicals in blood or urine).
– The Utah public health laboratory had not receive any water samples yet but they anticipated receiving some from privately owned water wells along with human specimens. With those expected samples, they will look for metals in the local population as part of a previously planned biomonitoring study by the health department.

Fortunately, the public health labs in the states affected by this spill had the ability to test not only soil and water samples, but also to look for exposure to pollution in humans. This capability is largely thanks to the testing foundation put in place by the Laboratory Response Network for Chemical Threats (LRN-C). The LRN-C, which began as a network of public health laboratories with special skills and equipment to use in the event of a chemical terrorist attack, has expanded its priorities over the last decade to include assisting in response to accidents involving chemicals. Without investments in the LRN-C, there would not have been instruments or trained personnel to do the biomonitoring that is planned.

The labs responded just as they should have – they were quick and thorough in both testing and reporting. Thanks to their hard work, we know that concentrations in the water have gone down, but we need to know more; we need to understand what potential increases in exposure mean to the people who swam, drank or otherwise came into contact with the contaminated water. Biomonitoring will help do that. My colleagues and I will be watching closely and continuing to encourage the use of biomonitoring during environmental emergencies just like this.

I keep coming back to my six-year-old and how I would feel wondering if she had been exposed to high levels of metals. If I lived in one of the affected communities, I would want to know.

If you live in a community impacted by environmental contamination, and you think a laboratory might be able to answer some of your questions, please visit APHL’s Meeting Community Needs site.