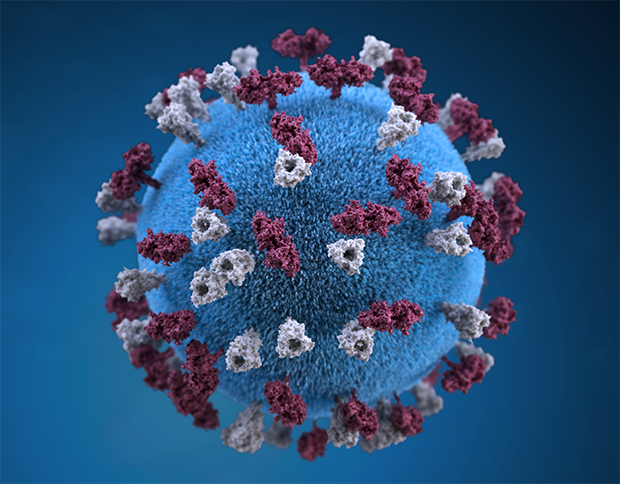 As of December 2, more than 4,900 cases of mumps had been reported to the Centers for Disease Control and Prevention in 2017. That’s less than the previous year’s case count of more than 6,000, but it’s still thousands more than any year in over a decade. Peter Shult, who works in one of the nation’s four Vaccine Preventable Disease Reference Centers, believes the last two years may be the new normal.

“This is happening in well-immunized populations,” said Shult, PhD, director of the Communicable Disease Division at the Wisconsin State Laboratory of Hygiene. “So (unlike measles outbreaks), it’s not an issue that people are unvaccinated — it’s probably more that we have a less-than-perfect vaccine. And with no new mumps vaccine coming down the pipeline anytime soon, this really could be a new normal for mumps.”

In early January, the Wisconsin Department of Health Services reported 62 confirmed mumps cases since November 2016, mostly clustered on college campuses. Many fellow Midwestern states — Illinois, Indiana, Iowa, Michigan, Minnesota, Missouri and Kansas — reported mumps cases as well this year, some outbreaks numbering in the hundreds. In Wisconsin, 65% of those diagnosed with mumps had received two doses of vaccine, 6% had received one dose and 29% had an unknown immunization history. Wisconsin’s state public health lab conducts all the mumps testing for the state, but as a Vaccine Preventable Disease Reference Center, it also provides mumps testing for state public health labs that drew down such testing capacity as vaccine-preventable outbreaks became less common in the U.S.

Since summer 2016, according to Shult, the Wisconsin lab has received about 1,300 specimens for mumps testing — that’s a significantly higher number than in recent years, he added. Hundreds of those samples came in from other states, most notably from Alabama and Missouri, both of which experienced recent mumps outbreaks on university campuses. Of those 1,300 samples, about 220 tested positive for mumps, said Tim Davis, senior microbiologist in the Wisconsin lab.

Responding to a surge in mumps testing demands, especially during the typically busy flu season, means a “pretty substantial uptick” in the lab’s overall workload, said Shult, who also serves as the lab’s associate director. Fortunately, as one of the country’s four reference labs, the Wisconsin lab has built up the capacity to handle such surges. Lab technicians processed up to 20 mumps specimens a day, with a goal of delivering results the same day they’re received for both in-state and out-of-state samples. That speed is essential for the epidemiologists working to get ahead of a spreading outbreak and stop transmission. If a specimen comes back positive for mumps, it undergoes genotyping to determine if it’s linked to a larger outbreak.

Commercial labs in Wisconsin can do diagnostic testing for mumps, Shult said, but not as quickly and not as accurately as the state public health lab.

“It’s really the public health lab,” he said, “that’s on the front line.”

To the west in Washington state, the mumps case count from October 2016 to September 2017 was at 891 — that’s at least 700 more cases than any year since 2005. As of the end of August, the Washington State Department of Health Public Health Laboratories had received just more than 2,600 specimens for mumps testing, according to Ailyn Perez-Osorio, PhD, supervisor for molecular PFGE and virology. She said lab staff worked with epidemiologists to triage the daily flow of mumps specimens, using criteria such as date of illness onset and the risk of disease transmission to prioritize samples for testing. The lab also gathered results from commercial labs and shipped specimens for testing to the Minnesota Public Health Laboratory Division, which serves as a Vaccine Preventable Disease Reference Center.

One goal of the triage system, Perez-Osorio said, was making sure the lab’s rapid mumps testing capacity directly supported outbreak containment efforts, instead of only providing diagnostic results.

“We took a lot of consideration with our testing decisions to make sure we weren’t using up all of our resources,” Perez-Osorio said. “We had to preserve our capacity to prioritize testing for the public health response over diagnostic testing.”

The lab’s mumps screening is “highly complex,” she said, requiring RNA extraction and real-time polymerase chain reaction (RT-PCR) testing. Testing specimens in batches of about 30, it takes about five hours to get a result. Perez-Osorio said while additional staff were trained in mumps testing, the outbreak was simply too big to handle all the specimens without triaging the need and depending on outside help.

“People often stayed late, the majority were having to work extra hours — it was very taxing because of how long the outbreak went on for,” she said.

As of September, Perez-Osorio said mumps testing in the Washington lab had slowed to every other day, instead of every day, and the outbreak was tapering down. Thankfully, she said, the bulk of the outbreak didn’t happen during the summer when the same staff responsible for mumps testing is busy responding to peak rabies testing season.

On the issue of mumps spreading among vaccinated populations, Perez-Osorio said “it leaves a lot of questions.” On the flip side, she said her main concern is with pockets of anti-vaccine sentiment.

“It’s definitely hard to see people going in that direction because vaccines have brought so much safety to our communities,” she said. “It seems people have forgotten how horrible mumps and measles were back in the day.”

Emerging research is pointing to waning mumps immunity as a contributor to recent outbreaks. For example, a study published earlier this year in Frontiers in Physiology that studied mumps outbreaks in Scotland found that “waning immunity is the main factor in a repeated pattern of outbreaks.” In another study published in September in the New England Journal of Medicine, researchers studied the impact of a third dose of the measles-mumps-rubella vaccine in stemming an outbreak on an Iowa college campus. They found the third dose did improve mumps control and that waning immunity likely contributed to the outbreak’s spread. In late October, CDC’s Advisory Committee on Immunization Practices recommended a third dose of mumps vaccine as part of public health’s outbreak response.

Shult, at the Wisconsin State Laboratory of Hygiene, said just a handful of years ago, he wouldn’t have argued that all public health labs needed the complex testing capacity to deal with mumps outbreaks. As vaccine-preventable disease outbreaks became less common in the U.S., it just wasn’t practical for every state public health lab to sustain state-of-the-art testing technologies for the diseases. And, in fact, current funding levels wouldn’t even support all 50 states in building and maintaining that kind of lab capacity, which makes the country’s four Vaccine Preventable Disease Reference Centers all the more important.

Today, however, Shult said it’s “reasonable” to expect annual mumps outbreaks into the foreseeable future. And if that’s the case, he said it might be time to consider strengthening mumps testing across state public health labs.

“Moving forward, we should be asking ourselves if this is a capability that more states need or maybe we need to expand this part of the reference lab,” he said. “One could argue that states will be inundating reference labs (with mumps testing) in the future, and so we have to at least ask those questions.”