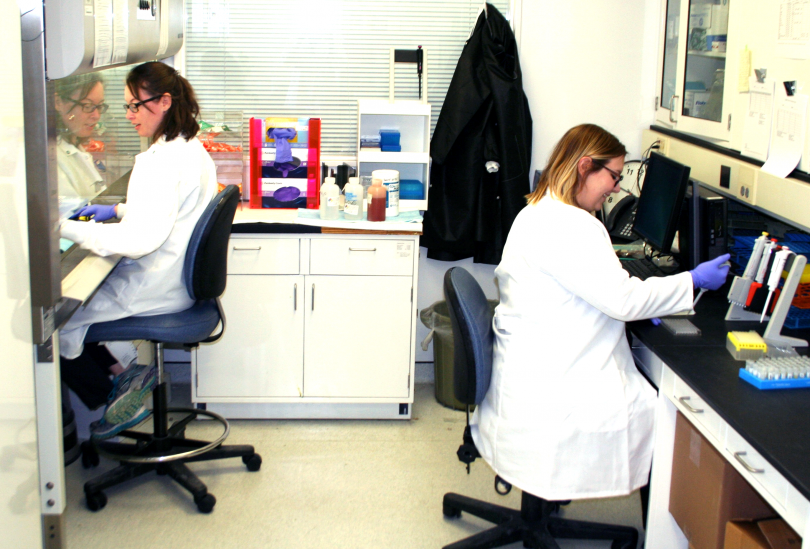 When a health threat like the Zika virus disappears from the headlines, public health systems may appear to have halted their work. In fact, their efforts continue behind the scenes as lessons and enhancements from the last response are incorporated into public health systems and processes to enhance ongoing surveillance and inform future responses.

The US response to the 2016 Zika virus pandemic followed this pattern of event, insights and enhancements to public health response systems. It built upon past developments, such as the creation of the Laboratory Response Network (LRN) in 1999 and introduction of expedited approval of diagnostic tests in 2009, to drive improvements that will make future responses more rapid, robust and flexible.

Below are examples of how public health laboratory response capability advanced through – and in spite of – the Zika outbreak.

During the 2009 H1N1 influenza outbreak, the public health community took advantage of a tool that had not been utilized previously: the Emergency Use Authorization or EUA. Under an EUA, the Food and Drug Administration (FDA) takes steps to speed up the typically long, laborious approval process for new drugs, devices and diagnostic tests, and authorizes emergency use of the product even if it has not yet gone through normal channels of approval.

On February 26, 2016, the secretary of the Department of Health and Human Services declared Zika to be a Public Health Emergency activating the EUA mechanism for expedited Zika diagnostic testing approval. By mid-March, the FDA granted EUAs for two key Zika tests. The first, the Trioplex Real-time RT-PCR, was a polymerase chain reaction (PCR) designed to detect the virus in a patient’s blood or urine. The second, the Zika MAC-ELIA, was an immunoglobulin M (IgM) test used to locate antibodies in the blood. Because of the expedited approval process under the EUA, these tests were approved in a matter of weeks instead of months or years.

By the time the FDA issued these EUAs, the tests had already been validated or shown to be effective in detecting the Zika virus in many laboratories. This required testing large numbers of samples—not an easy task in a high-pressure situation.  But the Centers for Disease Control and Prevention (CDC) found a way. Drawing on labs with the most testing expertise, the agency redirected its teams to focus on Zika. CDC’s Dengue Branch in Puerto Rico and its office in Fort Collins worked on the rollout of the tests and provided technical support to state laboratories participating in the emergency effort.

In the meantime, state and local public health labs weren’t waiting around. They were also validating PCR and IgM tests, and training on the required methods and technology.  “This proved to be crucial,” explained Kelly Wroblewski, director of infectious diseases at APHL. “Many scientists working in public health labs were not familiar with the serologic testing methods being used. Public health laboratories had largely moved to kit-based tests and the expertise required to implement this more complex method had been lost. On top of that, many labs didn’t have the proper equipment to perform the more manual tests. Due to funding cuts over the past 15 years, the labs had lost much of the capacity they had had during the West Nile outbreak that occurred about 15 years ago.”

CDC tried to fill this gap by offering more training once it began distributing the newly validated tests to qualified labs in the LRN. It provided technical assistance to labs conducting the test to ensure that they were ready for an expected surge of samples. By January 2017, LRN labs had conducted 25,439 RT-PCR tests and 35,349 Zika MAC-ELISA tests.

In the midst of training and testing, the Centers for Medicare and Medicaid Services (CMS), which is charged with oversight of all laboratory-developed tests (LDTs), notified LRN laboratories that inspectors would be arriving to review Zika testing procedures and documentation to ensure the accuracy of test results. Though this was CMS’ prerogative under the Clinical Laboratory Improvement Amendments (CLIA), the timing could not have been worse.

“Our members began alerting us that they were anxious about the CLIA inspectors showing up at their labs,” recalls Eric Blank, chief program officer at APHL. “They were especially concerned about preparing all the necessary documentation for the inspectors.” As it had done during the H1N1 outbreak in 2009, APHL negotiated with CMS to delay inspections until the acute crisis had passed.

During a public health emergency, APHL works diligently to connect public health laboratories to APHL’s federal agency partners, CDC, FDA and CMS. “The federal partners along with APHL recognized the need for an improved, collective emergency response to public health emergencies,” explains Peter Kyriacopoulos, senior director of public policy at APHL. “CDC, FDA and CMS established a new entity, the Tri-Agency Task Force for Emergency Diagnostics. When the next disease comes along, this task force will enable the nation to respond much more effectively than before.”

Wroblewski adds that the task force makes communication more routine. “Having communication channels already open will make it easier to get the response going as quickly and efficiently as possible,” she says.