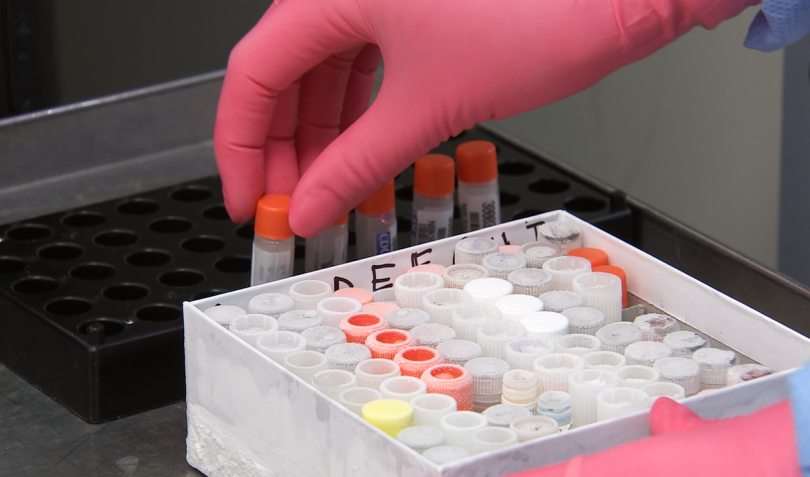 At the peak of the 2009 H1N1 flu pandemic, the Wisconsin state public health lab was routinely testing up to 300 specimens every day. On one day, the lab hit a record of nearly 500.

To generate results within 24 hours of receiving a specimen and keep up with its duties outside of flu surveillance, the lab added a second shift of flu testing on the weekdays and worked through the weekends. H1N1 definitely stressed the lab’s capacities, said Peter Shult, PhD, associate director of the Wisconsin State Laboratory of Hygiene, but it also demonstrated the value of years of investing in pandemic preparedness and response. In fact, Shult said that if the lab had received 300 flu specimens in a day only a few years before the H1N1 pandemic, “we’d have been backlogged immediately — it would have taken us weeks to catch up.”

As one might expect, years of preparing for another worldwide flu pandemic has also boosted the lab’s seasonal flu response. During the 2017-2018 flu season — one of the most severe in recent memory with an estimated 80,000 U.S. deaths — Shult said the Wisconsin lab was easily able to keep pace with a surge in testing demands, which while much lower than peak pandemic levels, were still about 30% higher than the average flu season.

“We were busy, but we could comfortably handle the specimen load without expanding testing hours or impacting turnaround times, and we could still carry out all of our other routine testing responsibilities,” said Shult, who also serves as director of the lab’s Communicable Disease Division. “All that speaks to the capacity we’ve developed regarding testing platforms and our staff being able to do this flu testing. …But funding is still needed to maintain this kind of capacity.”

That capacity building goes back more than 20 years when global health officials detected the first human infections of H5N1 avian influenza; a few years later in 2003, the virus re-emerged, spreading from Asia to Europe and Africa. While the virus very rarely spread from person to person, fears that H5N1, which has a mortality rate of about 60%, could evolve to easily transmit between people sparked a new chapter of pandemic preparedness that included billions in federal funding support and a key focus on improving flu surveillance and detection. By the time H1N1 hit in 2009, public health labs had transformed their flu capacities.

Just a few years before the H1N1 pandemic, for example, most public health labs relied on the traditional viral culture to gather data on the flu. Viral cell culture is a reliable way to identify flu strains and monitor which antivirals work best to treat infections, but getting results can take more than a week, which is hardly ideal in any disease outbreak, let alone a flu pandemic. By 2009, however, most labs had built the capacity to use and quickly deploy highly sensitive molecular assays — in particular, a technique known as real-time reverse transcription-polymerase chain reaction (RT-PCR) — that could turnaround flu results in less than a workday.

With a week shaved off testing times, as well as years of cross-training and drilling lab staff in pandemic response, it’s little surprise that investments in pandemic preparedness have also been a boon for seasonal flu surveillance.

“The last flu season was a high-volume one for public health labs, but it was also considered business as usual at this point,” said Stephanie Chester, MS, manager of APHL’s Respiratory Disease Program. “That’s a capacity that labs had been working toward for years, but you do need to maintain that warm base. If funding went down, it could certainly erode that capacity.”

In New Hampshire, the state public health lab tested more than 4,000 flu specimens during the 2009 pandemic. During a more typical year, it tests between 300 and 500 flu specimens from sentinel sites across the state, such as hospital labs and long-term care facilities, according to Carol Loring, MS, supervisor for the Virology and STD Laboratory at the New Hampshire Department of Health and Human Services’ Public Health Laboratories. Compared to clinical flu testing, which typically determines if a patient has influenza A or B, the state lab performs genotyping and subtyping to identify the specific strains circulating in the community, including potential pandemic strains, and to help monitor the effectiveness of each year’s flu vaccine. All that data, Loring said, helps clinicians make better diagnostic and prescribing decisions and helps public health workers more precisely target their prevention resources.

During the 2017-2018 flu season, Loring said the lab didn’t experience a significant increase in testing volumes, but it was prepared to face a surge.

“In my experience, our surge capacities evolve with each event,” she said. “We’re constantly training, drilling and preparing for the next pandemic.”

Loring noted that routine flu surveillance isn’t especially different from pandemic response — “the day-to-day tasks are the same, the only difference often is that there’s less interest from the public,” she said. Still, both capacities are heavily reliant on funding from CDC’s Epidemiology and Laboratory Capacity for Infectious Diseases Cooperative Agreement (ELC), which is scheduled to begin a new five-year funding cycle in August 2019. A substantial portion of ELC funding, about $40 million a year comes from the Affordable Care Act’s Prevention and Public Health Fund, which the law established as the nation’s first mandatory funding stream dedicated to improving the public health system. If the ACA were repealed and those funds not replaced, it would be a major blow to the country’s flu surveillance system.

Inside the New Hampshire state lab, Loring said at least two instruments that the lab needs to perform nucleic acid extraction, a key step in the RT-PCR process, are slated for retirement by their manufacturers in the next few years. Replacement costs could run up to $100,000 and that’s just for the initial purchase, not the costs of regular maintenance.

“ELC funding is critical to enable us to purchase instruments,” she said. “If I don’t have the financial resources to maintain our instrumentation or update it, we’ll be that much less prepared for a pandemic.”

Also on Loring’s lab wish list: its own courier system for getting flu specimens into the lab. Right now, the lab depends on its clinical partners across the state to send in specimens for surveillance. Some send in their samples via US mail, others use courier services and some drive their samples over and drop them off. The hodgepodge of delivery methods makes it hard to predict when specimens will show up, and many don’t arrive within the recommended three days of being collected.

In Wisconsin, the state’s public health lab is also one of the country’s three National Influenza Reference Centers (NIRCs), which serve as extensions of the CDC Influenza Division’s Virology, Surveillance and Diagnosis Branch and allow the federal agency to focus on more advanced testing and global flu monitoring. As a state lab, the Wisconsin State Laboratory of Hygiene subtypes every flu specimen it receives, testing samples for flu as well as 18 other respiratory pathogens. As a NIRC, the flu specimens it receives from around the country have already been subtyped ; the center’s job is to conduct genetic sequencing and grow the specimen up with the traditional viral culture. The sequencing, in particular, is key to detecting signs of evolving genetic change and antiviral resistance.

Data generated by public health laboratory testing helps form the basis of CDC’s FluView, the agency’s weekly flu surveillance report. Data and specimens coming out of the three NIRCs — also located in New York and California — go onto CDC for additional study, inclusion in FluView and are fundamental to planning each year’s flu vaccine composition.

Shult, the Wisconsin lab’s associate director, said it’s critical to maintain the ability to quickly detect both novel and seasonal flu viruses across the public health system if responders hope to stay one step ahead of a potential outbreak.

“In 2009, H1N1 went across the country and the globe in a matter of weeks,” he said. “That’s how quickly a novel virus can emerge and spread globally.”

In 2009, at the peak of the pandemic’s first wave, the Wisconsin lab was routinely testing up to 300 specimens a day; in a more typical flu season, it receives a couple-hundred of specimens in a week. In the early days of the pandemic, the lab was the only one in the state that could perform real-time RT-PCR on H1N1 samples. Now, Shult said nearly 50 labs in the state use real-time RT-PCR in their flu testing.

“It was game-changing in terms of how we were able to respond,” said Shult of the shift to RT-PCR. “The results were reliable and the turnaround time was remarkably quicker. …If we had received 400 specimens in a day (like we did in the H1N1 pandemic) and we were still depending on viral culture, we’d have been immediately behind.”

To further illustrate how far flu surveillance has come, Shult noted that only about 15 years ago — before the influxes of federal pandemic and preparedness funds — a flu season as severe as the 2017-2018 one would have significantly strained the lab’s capacities. Instead, Shult said the Wisconsin lab was “able to take on a season like the past one more or less in stride.”

Like his colleague in New Hampshire, Shult is concerned about sufficient federal funding to both preserve the country’s investment in flu surveillance and response and ready the system for the future.

“We’ve had a lot of funding to build this capability and capacity, and slightly less funding to maintain it,” he said. “We have staff to pay and train, we have equipment that ages out and needs maintenance … there are considerable ongoing costs.”

Shult’s laboratory wish list? Enough funding to keep getting better and faster at chasing the flu.

“My wish is having enough dollars to maintain what we’ve built and keep on top of new technologies that will help us respond even quicker,” he said. “Right now, if we were to face a severe pandemic, we’d be stressed but we’d still be in the game. But if funding were severely cut? Then we’d be in trouble.”