I came to the Association of Public Health Laboratories after 11 years as the Newborn Screening Program Manager for the State of Alaska. I was the follow-up coordinator who ensured infants who screened positive received diagnostic testing and treatment as appropriate. Part of my role there was to establish the Newborn Screening Advisory Committee and conduct regular meetings to review procedures and policies, write position papers, and discuss ways to improve the newborn screening process.

In 2002 a baby was born in Alaska with maple syrup urine disease (MSUD) at a time when many states were not yet screening for this condition.  The infant’s parents became advocates for newborn screening, writing letters to providers who felt newborn screening was not necessary due to the rarity of the disorders. They also wrote a short story which was printed on the newborn screening brochure that Alaska provided to parents.

This same mother became a member of the Alaska Newborn Screening Advisory Committee and an advocate for expanding the newborn screening panel when the state added tandem mass spectrometry conditions in 2003.  She joined me on a local Public Radio show called Line One: Your Health Connection to discuss newborn screening and its benefits to families.

Increasingly, families with children with newborn screening conditions are sharing their stories. These stories have become a powerful advocacy tool by putting a face on these conditions.  Family stories emphasize how early treatment can make a significant difference in a child’s development, and are often used as part of educational presentations to medical staff and in materials distributed by the Alaska Department of Health and Social Services to expectant families.

Other families in Alaska have also become vocal advocates for newborn screening, particularly for expansion efforts. In 2006 the father of two children with cystic fibrosis (CF) joined Alaska’s Newborn Screening Advisory Committee.  When CF was being considered for addition to the state’s newborn screening panel, he shared his family’s story to emphasize the value of the addition.  Thanks to his contribution and that of other families, cystic fibrosis screening was added to Alaska’s panel in 2007.

Recently a young mother who lost a child to severe combined immunodeficiency (SCID) presented a very passionate plea for the addition of this condition to the screening panel to the Alaska advisory committee; the committee agreed to begin screening as soon as possible. The date of implementation will be determined by Oregon Public Health Laboratory (OPHL) which handles screening of Alaska’s bloodspot cards.

There is no more compelling testament to the value of newborn screening than family stories.  Families in Alaska, like others from across the U.S. who have shared their experiences, do so because they value newborn screening and how it has saved them time, money, frequent hospital visits and, most importantly, their children’s lives.

Improving newborn sickle cell screening in Africa: ‘We can affect change there just like we did in the US’ 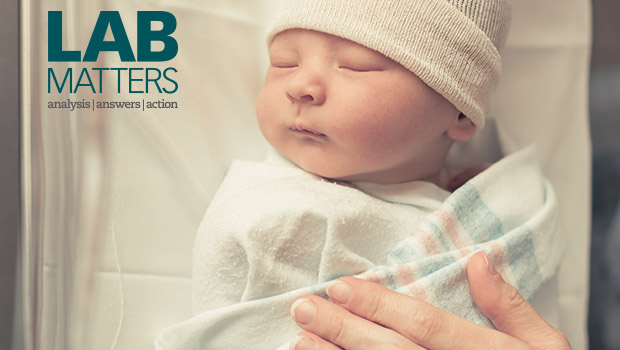