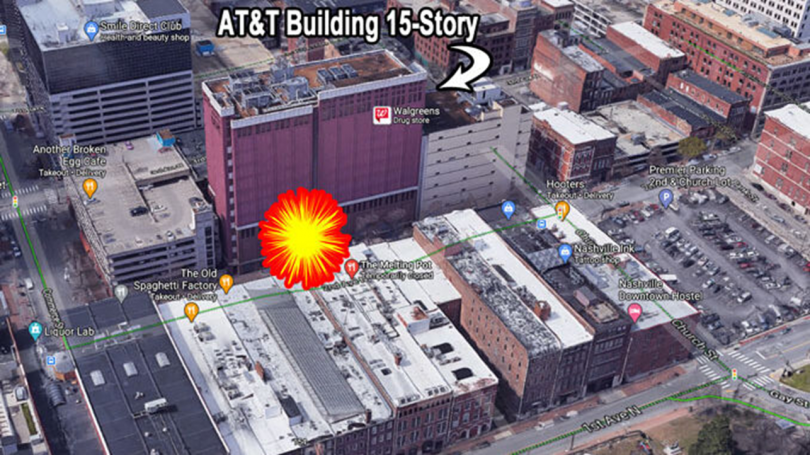 On Christmas Day 2020, Nashville, TN, residents woke to a strange and scary situation. A recorded announcement from an RV parked in the city’s historic district was warning people of an impending explosion. Around 6:30 am, the RV exploded. The explosion damaged a nearby building that housed an AT&T network hub, leading to several days of internet, landline and cell service outages.

M. Christine Dorley, PhD, MT(ASCP), assistant director of the newborn screening laboratory at the Tennessee Department of Health Laboratory Services, quickly asked the question: What about newborn screening? Although laboratory services were closed December 24-25, the office would be reopening December 26 and Dorley suspected communications would be affected.

Dorley shared her lessons learned from the situation in the session “Emergency Preparedness” during the APHL 2021 Newborn Screening Symposium.

On December 26, Tennessee newborn screening laboratory staff—with 742 specimens to process after the holiday break—had no internet service. Most employees had little to no cell service. Employees evaluated the specimens for quality and quantity and put them in storage. Then they closed the laboratory. Dorley instituted the continuity of operations plan, which included contacting Florida and South Carolina public health laboratories with whom Tennessee had memorandums of agreement.

One of Dorley’s first lessons learned was discovered immediately: The phone number she had for her Florida contact was wrong.

“Keep your contacts up to date,” she told symposium attendees. “That’s very important. Have them on a sheet of paper that you have at home with you. That way you’re always up to date and can reach people.”

Dorley was able to find updated email addresses for both state contacts, and Florida’s laboratory agreed to take Tennessee’s specimens. Dorley recruited a Sunday crew to package and mail specimens, but she soon learned that because their building had been deemed temporarily “uninhabitable,” the courier could not drop off specimens. She arranged for a laboratory employee to pick them up.

Another challenge was that although staff had shipped the specimens with “overnight shipping,” that type of shipping does not include Sunday. So, Sunday and Monday shipments both arrived in Florida on Tuesday.

Another challenge that arose: The Florida and Tennessee newborn screening forms have different numbering systems. Florida had to revamp their system to receive Tennessee’s forms. In addition, Dorley’s laboratory sent photocopies to Florida, making some of the writing illegible. For future events, Dorley recommends sending the originals and keeping the copies.

“We were asking for corrections months after this event,” she said. “I think the last correction we asked for was in April 2021.”

Another problem arose when Tennessee staff coded their unsatisfactory specimens—and then realized that Florida didn’t understand the coding. Instead, Dorley recommended using the codes of the receiving state.

To lessen the impact of a future internet outage, the Tennessee laboratory has since worked with its vendor to ensure staff can work offline using a paper system until service is restored.

“We thought we were prepared … but when it came down to a real event, it exposed lots of different gaps that we still have to plug and fill.” She emphasized doing regular tabletop exercises.

Dorley also stressed the importance of having a memorandum of understanding with another state that includes the scope of work and the terms of reimbursement, which made invoice approval easier when it came time to pay Florida. Overall, the state’s continuity plan worked and, during that time, laboratory staff uncovered an infant with congenital adrenal hyperplasia (CAH).

“Having a plan is better than no plan at all,” Dorley said.