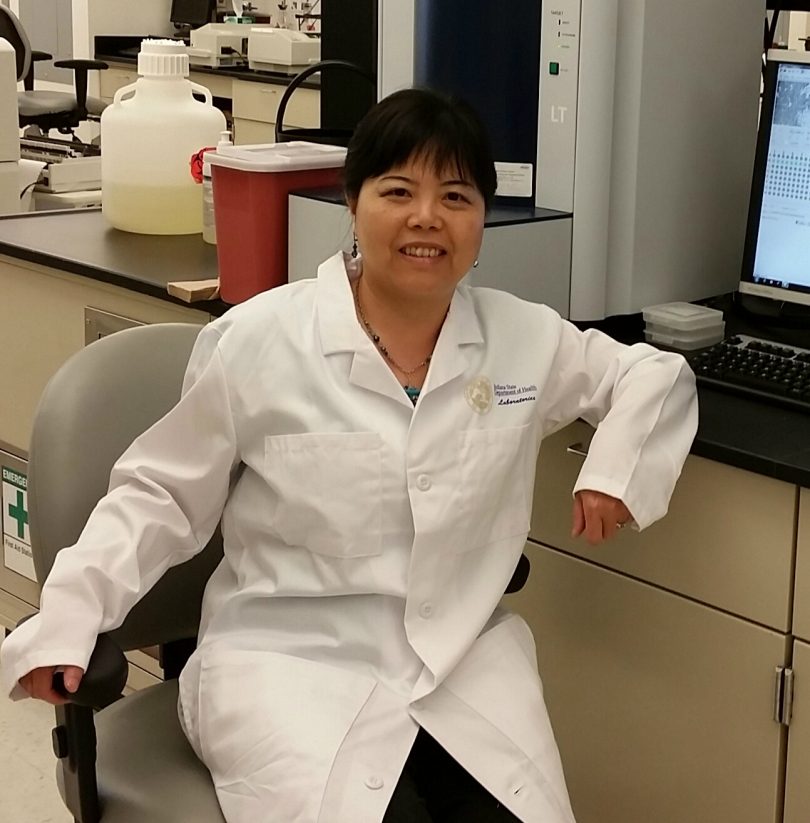 In 1996 I completed my PhD in molecular biology and bacterial genetics, and later received postdoctoral training on bacterial pathogenesis. Among my peers, becoming a professor in an academic institution was the ultimate career goal; non-academic professions were considered to be less competitive. While I knew that this was the perception, I never gave it much thought as I later transitioned from academia to public health… That is, until I ran into an old acquaintance at the American Society of Microbiology (ASM) annual meeting.

She was a fellow student who worked at the same lab where I did my postdoctoral training. By that time, I had been away from academia and working in a public health laboratory for three years. We met up later that day to update each other on our recent endeavors. During our conversation, she paused for a moment and then asked with a sympathetic look on her face, “You are now working in a public health laboratory, not staying in academia?”

In the following days, I couldn’t erase that look from my mind. I began to question my decision and wondered if I made the wrong move in choosing public health laboratory science as my career. I began to think back about how I first stepped onto this career path.

After my postdoctoral training, I continued basic research in a new academic lab conducting a study on virulence-related genetic markers. I was also involved in method development for molecular diagnosis and a molecular epidemiological study of infections of cystic fibrosis (CF) patients. During this study, we found bacterial strains from two CF patients – one from the East coast and another from the West coast – with the same genetic fingerprints, which linked these two CF centers together. The transmission from one patient to the other occurred when one patient visited a camp attended by the other. Seeing how this bacterial strain moved and infected these patients caught my attention. This discovery was my first true exposure to the field of public health. I was intrigued.

Three years later, my husband was relocated for work so we moved from Michigan to Indiana. With my newfound interest in mind, I extended my job search to include public health. I came across a listing for a job that included molecular method development and molecular finger printing; it was a contractor position at the Indiana State Department of Health Laboratories. I pursued the opportunity and started my trial-run at the public health laboratory.

Although the method development and molecular epidemiological study of CF patients in the previous lab bridged the gap between academia and public health for me, the culture shock was still intense.

While academic research dives down deep to understand the fundamentals of a basic scientific mechanism (a vertical look at science), public health spans across disciplines to look for wide-reaching answers to real-life questions (a horizontal look at science).

In the public health lab, we seek answers to questions like: How severe is the flu season? Is a particular food product the cause of an outbreak or is it still safe for consumers? Is the drinking water safe to drink? To me, the most striking aspect of a public health laboratory is the impact generated by the test results. In clinical care, an individual patient’s sample may reveal the cause of their illness, their infection status or the reason that treatment has failed. In public health, aggregated results from multiple patients can reveal a trend, the health status of an entire community, a common link among infections or even the cause of an outbreak.

This trial-run introduced me to the field of public health laboratory science where I have stayed for 11 years because it is so fulfilling. I am now the deputy director of the Indiana State Department of Health Laboratories. One of my proudest moments was being a part of the team that detected MERS-CoV in Indiana, the first case in the US. While every situation isn’t as newsworthy, everything we do promotes public health and that is why I am glad to be here.

So while that question, “You are now working in a public health laboratory, not staying in academia?,” has come up again with friends, particularly among my former PhD classmates and postdocs, it doesn’t bother me anymore. If asked to choose again, I would still pursue this career path. I am proud of my choice and would encourage other scientists to consider this rewarding field.