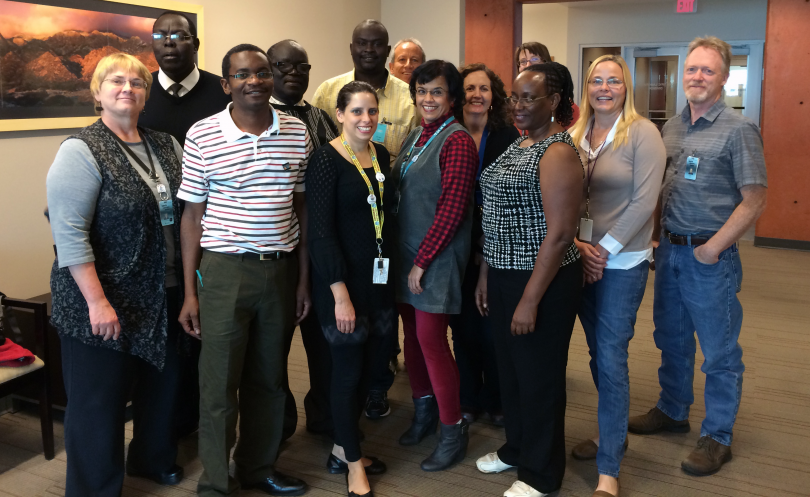 When I first got involved in twinning, I had no idea that Halloween costumes would be part of the process. Let me explain.

During my time as director of the New Mexico public health laboratory, APHL connected my team with an equivalent lab in Paraguay. This entailed sending personnel to train their laboratorians, who later came to Albuquerque to see our work in action. Our “twin” labs developed strong bonds and this “twinning” project left a good taste in everyone’s mouth.

A year later, when APHL asked if we’d help Uganda’s Central Public Health Laboratory evolve into a national reference lab, we jumped at the chance to twin again.

Our first step was to visit Uganda to learn about their priorities and see what was truly achievable. We had an instant rapport with the Ugandan team and their director, Steven Aisu, and our discussion quickly reinforced how well matched our labs were. Our team had just moved from an old, cramped facility to a state of the art facility, just as the Ugandan team needed to do.

Because Aisu’s team was developing a new paradigm without ever seeing the process in action, our task was to help them clearly visualize the goal and then make it a reality through technical assistance, management and leadership training. We were all excited to get started.

The second step was for Sally Liska, retired director of the San Francisco public health lab, and me to hold training sessions in Kampala, the capital of Uganda. I loved doing these interactive courses because, for me, teaching is the best way to learn.

The Ugandan team was eager to know everything about how we ran our biosafety level 3 (BSL-3) lab, so the third step was for the Ugandan team to visit our facility in New Mexico. They met with experts from epidemiology to IT, quality assurance to maintenance, as well as senior officials. They were especially interested in how we worked with agricultural and environmental partners; Aisu described such collaborations as akin to bridging chasms. We shared our hard-won experiences. His team quickly gained proficiency in physical and scientific quality systems.

Just as important, we built strong relationships that will last.

I invited the team to my home for their last night in New Mexico before their return flight to Uganda. It happened to be Halloween, but we had been so busy it hadn’t come up in conversation. When the first trick-or-treaters arrived, I suddenly realized that my friends had never experienced the holiday. They were surprised and enchanted to find witches, ghosts and other costumed children at the door. It’s a good thing they were delighted—150 creatures of the night rang our bell over the next few hours! The following morning, we said farewell, but not goodbye.

I retired in 2015, but my connection to the Uganda team has continued without breaking stride. In June 2016, I went to Kampala for two weeks to help them develop strategic plans for their national health lab system and for oversight and regulation of the country’s entire health system. On my team were APHL consultants Kim Lewis and John Pfister, who has retired from the Wisconsin state lab.

A month later, we three musketeers facilitated a stakeholders’ meeting to review those plans and helped refine the strategic plan for their new facility (built by CDC) as they prepared for the September 2016 grand opening.

The New Mexico team has continued working with the Ugandan team as they transitioned into their new roles, and I have jumped in with both feet as a consultant through APHL. If they can stand my jokes, the least I can do is help them take their next steps. It’s my calling.

This story isn’t directly related to my work with the laboratory, but I love telling it! While we were in Uganda, we stayed in a small hotel where the friendly manager would often come and chat. One day, she asked, “Have you ever had an avocado before?” I said, “Yes, I make guacamole with avocados.” She’d never heard of guacamole, so I described it and she grimaced, saying, “That sounds terrible!” I offered to make some anyway. 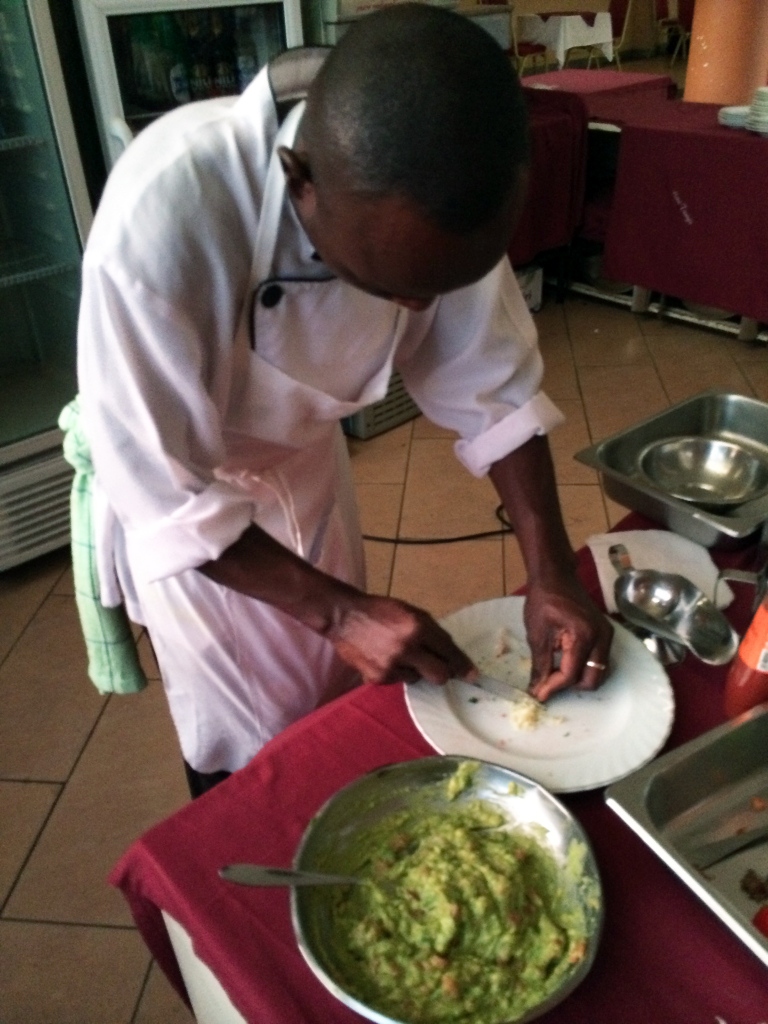 Two days later, I had a night off from teaching and was sitting in the lobby when the manager came up to me and said, “We’re ready! Let’s make the guacamole. The whole kitchen staff is waiting!” Sure enough, a chef with a tall white hat and his crew were lined up behind the ingredients: avocados, lemon juice, garlic, onions. I was astonished and eager to get cooking!

Together, we made a huge batch for the hotel staff and served it on fried corn tortillas. Everyone was game to try it. Although first their reactions were uniformly polite yet skeptical, they eventually grew enthusiastic.

My conclusion: Guacamole is an acquired taste.