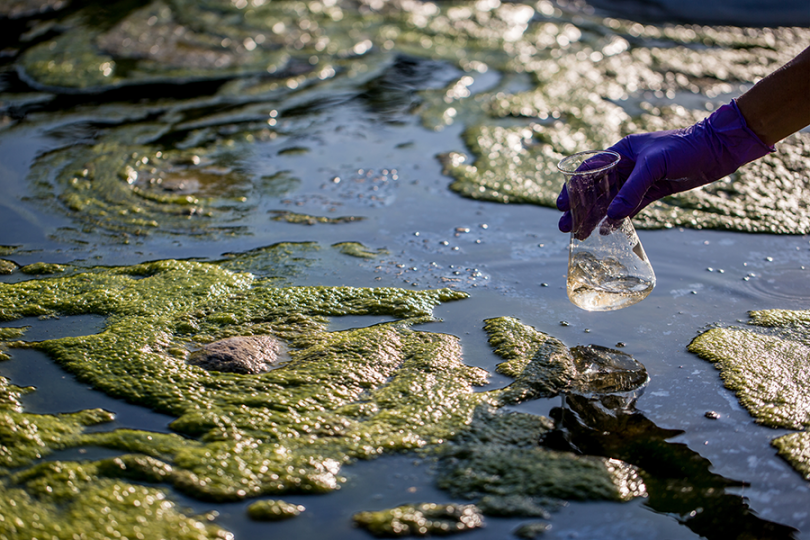 Climate change damages not only the planet but also harms human health. Public health laboratories can play an important role in defining indicators, collecting data and tracking the health and environmental effects of climate change, according to presenters in the May 20 APHL 2021 Annual Conference session “Climate Change Data Needs: How Can Public Health Laboratories Fill This Gap?”

Ann Liu, PhD, MPH, senior scientist (contractor) at the National Institute of Environmental Health Sciences outlined the major climate change trends in the US: rising temperatures; extreme precipitation; increased flooding in the Midwest and Northeast; hurricanes; rising sea levels along the Mid-Atlantic and Gulf Coast; drought, heat waves and wildfires, especially in the West; and increased frequency and intensity of winter storms.

“In order to detect and monitor climate change trends over time … it’s important to collect the right data and to develop indicators for proxy measurements of both changes in climate and also changes in human health outcomes that are impacted by those changes in climate,” Liu said.

Laboratory presenters outlined how they have tracked and worked to improve climate change-related problems. In Pennsylvania, harmful algal blooms (HABs) occasionally close recreational lakes, preventing people from swimming, boating and fishing and cause fears about human and pet exposure to the water, explained Pamela Higgins, PhD, special assistant to laboratory operations at the Pennsylvania Department of Environmental Protection (DEP) Bureau of Laboratories.

HABs have increased in the state due to the combination of agricultural and urban runoff and warmer water temperatures, she said. HABs decrease the oxygen available to other organisms in the water, killing them. They can also be a danger to fish, pets and humans.

The DEP Bureau of Laboratories developed two new analyses to characterize HABs. Light microscopy allowed for identification and enumeration of the different cyanobacteria in the water. ELISA cyanotoxin assays allowed for the detection of the four most likely cyanotoxins that might be released from the bacteria.

“The laboratory results show that the cyan bloom populations are complex and dynamic in Pennsylvania, with anywhere from three to 11 different cyanobacteria present at any one time,” Higgins said. In addition, the composition changes by location and time of year. The bureau will need to implement new predictive methods to be able to issue public advisories in advance, she said.

In Massachusetts, the Massachusetts Water Resources Authority (MWRA) started with a water quality problem that turned out to be linked to climate change. Officials first noticed higher levels of lead in the water, although it still fell into safe health standards, explained Steve Rhode, MS, director of laboratory services at MWRA.

As they investigated, they noticed that chloride concentrations had doubled in one main reservoir over the past 20 years, although the levels still met health standards. Their research showed that this increase was a national issue and that the US Geological Survey linked the chloride jump to increased salting of roads in icy weather. In turn, more road salt has been used partially because climate change has led to more extreme winter weather events.

“So, climate change does in fact factor in to the issue of how much salt gets applied to roads,” Rhode said.

However, he pointed out that climate change is not the only factor. There are now more paved areas that need salt, plus attitudes about what constitutes safe driving have changed over time, leading to more salt use.

To combat the problem, MWRA has created an educational program to inform departments of public works near the watershed about how to salt roads more effectively. In addition, a national research consortium called Clear Roads is working to identify how to improve winter maintenance.

There is an opportunity for laboratories to move from this type of targeted research and problem-solving to more of a surveillance mode. But, to make this happen more resources are needed.

“Resources are generally limiting,” said Jed Waldman, PhD, laboratory chief at the Environmental Health Laboratory in the California Department of Public Health. In addition, there needs to be a discussion about “how we harmonize work in a meaningful way,” he said. “Instead of having a patchwork of programs, that we build the kind of surveillance programs that work across state lines. I feel like the federal government is in the best position to organize that, something akin to the National Biomonitoring Network.”