Ghosts, goblins, and ghouls are among many of the elusive creatures you will see lurking around during the Halloween season.  What is the most elusive creature hiding in dark corners on All Hallows’ Eve?  That, my friends, would be the bat.  No, not because it might be a vampire.

While not an innately harmful or scary animal, bats can carry the risk of rabies.  Is the risk high?  Not exactly… CDC estimates that around 6% of bats have rabies.  So why worry?  The most common way humans get rabies is from bats, and rabies is an extremely serious disease.  Like with any other disease risk, it is important to know how to safely and quickly handle an encounter.

How would you handle this situation?

[True story] A mother and her young daughter were shopping for Halloween decorations at a local party store in Washington.  The daughter was fascinated by the bin of toy bats.  She wanted a new stuffed toy for Halloween and was especially smitten with one that was especially life like!  She immediately showed this realistic bat to her mother and asked if she could have it.  After touching the bat, the mother suddenly gasped and threw the bat on the ground.  That bat was not a toy, but in fact a real dead bat!

The mother frantically called her local health department to report the incident.  Health department staff immediately called the disease detectives at the Washington State Public Health Laboratory because public health laboratories are among the only laboratories that test suspect mammals for rabies.  The bat found at the party store was quickly sent to the lab for rabies testing.  If the lab did not act fast, the innocent mother and child could be in serious trouble and could even face death.   In keeping with their usual protocol, the scientists reported the results to the health department as rapidly as possible.

The bat was infected with rabies.

Thankfully, the dedicated scientists realized the urgency of this situation and acted fast. The rabies was detected in the bat quickly, allowing for the immediate prophylactic treatment to be initiated.  Once symptoms begin, it is usually too late for intervention. The treatment prevented the mother and daughter from a miserable illness and near-certain death.

What should you do if you encounter a bat?

Here are some great tips from CDC:

Want to learn more?  Check out CDC’s site on rabies. 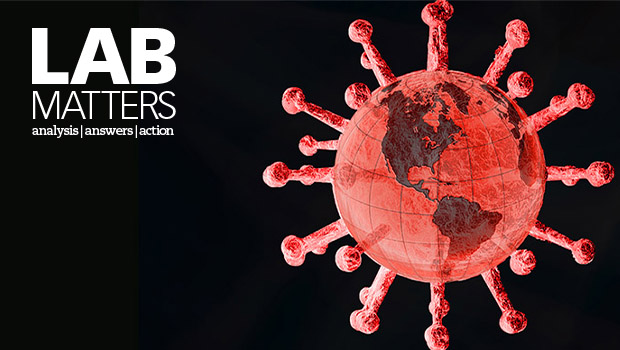 The Evolving Landscape of Newborn Screening

What you need to know about harmful algal blooms