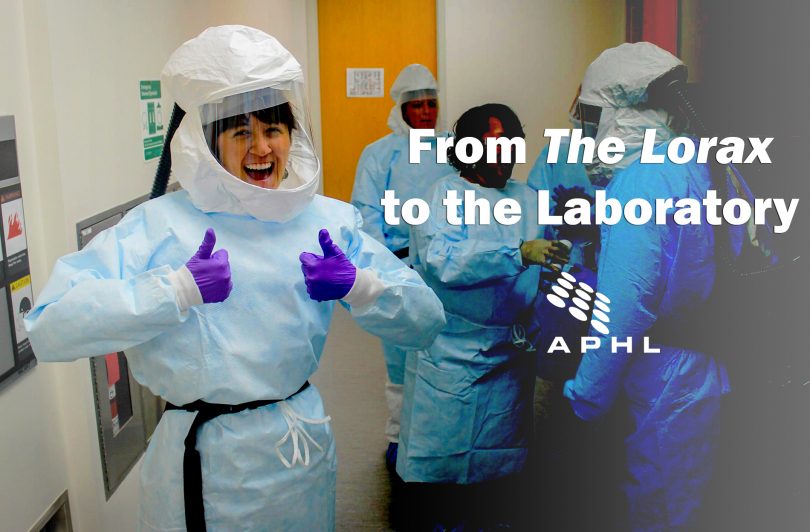 When I was a kid, I was pretty curious about everything around me. If I wasn’t asking a million questions to increasingly exasperated adults or devouring an adventure book series like The Boxcar Children, you could usually find me outside playing in the dirt getting scraped up and loving every minute of it. While those explorations certainly led me to science in an indirect way, it was Dr. Seuss who led me straight there. 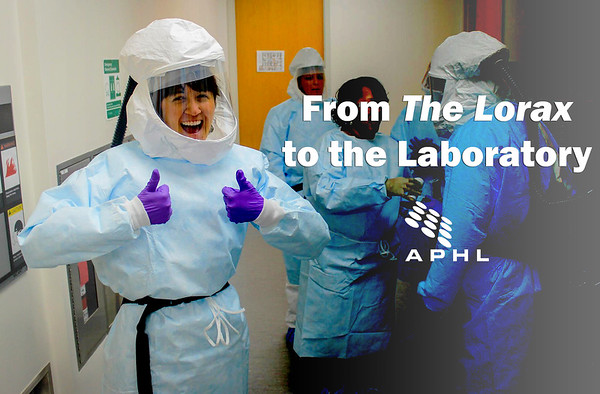 On a dreary rainy day when I was four years old, my preschool teacher sat several of us down to watch a movie in the hopes of abating our restlessness. I sat there with my peers for my first viewing of the original version of Dr. Seuss’s The Lorax. I returned home that evening filled with a horrific fear of the future. I dreaded that, like the world of the Lorax, my world too would someday become grey, poisoned and hopeless, full of Humming Fish walking out of lakes and brown Bar-ba-loots gloomily dragging their feet away to escape such a heavily polluted place. The Once-ler’s profound advice that, “Unless someone like you cares a whole awful lot, nothing is going to get better. It’s not,” triggered a driving sense of responsibility within me at a very young age. From that day forward, I decided to dedicate my life to protecting the environment and the health of those living in it with the hope of preventing such a dreadful event from happening. Even at four years old, The Lorax definitely gave me perspective on the role I could play during my time on earth.

Many years later as I started thinking about possible careers, my parents tried to push me, their oldest child, into pursuing medical school. They were both immigrants from families with no prior science background and worked hard throughout their lives to become chemists. My mother wanted both of her daughters to pursue science careers and take advantage of the growing field of opportunities the U.S. had to offer female scientists, especially if there was the chance for us to become financially independent which seemed most tangible in medicine. I respected my mom’s feminist ideology and followed through by shadowing in the oncology unit at Aultman Hospital in Canton, Ohio for about three months during high school. Try as I might, I didn’t enjoy working under flickering fluorescent lights, racing back and forth between nurses to help aid dying patients, or viewing various body fluids being projected everywhere. Maybe I picked the wrong unit to begin exploring medical careers, but I knew from that experience that while I was still very interested in science, I ultimately wanted to find a much more controlled environment where I could do my best to help prevent people from getting to that terminal stage of disease in the first place.

As college approached, I was feeling a bit lost. While I definitely still felt a love of science, I also toyed with the idea of being a lawyer or a judge and even started looking into political science degree programs. This all stemmed from my short-lived, very “successful” role as a sharp-witted, intelligent prosecuting attorney (complete with a sweet drawn-on mustache) in a 5th grade play. I loved the thrill of the investigative work, probing through clues until arriving at some semblance of an answer. But was it a good career choice for me?

It wasn’t until later that I realized that I could have it all.

During the summer of 2007 I was selected as one of 30 students from around Ohio to attend the REAL (Regents Environmental Academy for Learning) Summer Science Program at Bowling Green State University. I gained an overview of basic concepts of biology, chemistry, pollution and toxicology, but my favorite workshop was on epidemiology, my first exposure to public health. We were given a fictional case study where 15 out of 20 kindergarten students had contracted an unknown bacterial illness after visiting a local zoo. To uncover the cause for the outbreak, we reviewed hospital files, patient records and poured through interview transcripts. By investigating all of these factors, we were able to pinpoint the strain and source of the ingested bacteria. The thrill of the detective work involved in solving this case, as well as insight into the interconnected dynamics of disease transmission, ignited my interest in pursuing public health as a career. It seemed to feed all of my interests: science, detective work and a strong desire to help improve our world.

I’m currently an APHL/CDC Emerging Infectious Diseases (EID) Laboratory fellow working at the North Carolina State Laboratory of Public Health (NCSLPH). This fellowship has given me several opportunities to communicate my findings from various projects and ideas with public health leaders and stakeholders from the North Carolina Department of Health and Human Services.

One of the coolest moments of my fellowship so far may have been when I was unexpectedly put in charge of leading a research and development (R&D) meeting with NCSLPH’s research collaborative company, bioMérieux, during a site visit to their headquarters in Durham, NC. As I was en route to their building, I learned that my boss couldn’t make it with me. After talking myself through an initial bout of nervousness, I realized that I was confident that I knew what parts of our procedures needed to be improved and was able to advise them on troubleshooting issues that had arisen during our experiments. Not only did the staff astutely listen and actively ask for my input, but they also took all of my advice into consideration. When I received the final version of the protocol, I noticed that many of my suggestions were incorporated. For the first time in my life, I felt that people were finally asking me for constructive input and respecting my contributions to a given project.

But, I have to be very honest. Without question, the ultimate moment of my EID fellowship so far was when I finally fulfilled a lifelong dream of wearing the full personal protective equipment (PPE) necessary to work in a BSL-3 suite. I donned the PAPR, Tyvek suit, booties… the works! All the movies, TV shows and news clips showing people wearing these suits make them look like the ultimate scientist superheroes (and smartest villains for the shameless Breaking Bad fan in me). Now I pretty much work full-time in this superhero scientist suit. As part of the project I mentioned before, I’m working with Brucella spp (highly pathogenic, #1 cause for laboratory acquired infections) to submit protein spectral data to bioMérieux to build their MALDI-TOF Vitek MS database for BSL3 pathogens. While the PPE does allow me to feel like a scuba diver exploring the unknown depths of the microbiological ocean, it still takes me a long time to physically get into the thing so the magic has worn off a bit. I look more like the Michelin tire mascot on most days, but I still feel like a scientific superhero inside! I hope I can make this my uniform to wear while riding into a future public health battle!

I like to think that the work I’m doing as an EID fellow has a significant impact on protecting the public (even though it doesn’t include that awesome mustache from my time as a prosecutor). I still have my whole career ahead of me and who knows what’s in store. I’m not worried about that right now; I’m too busy having the time of my life.