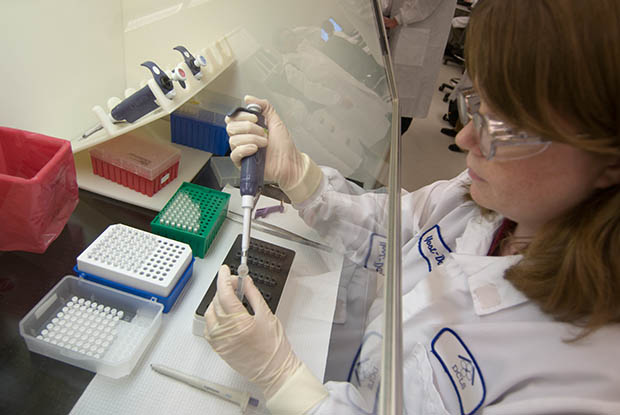 After an extended silence and lack of significant action since their 2010 public meeting on the oversight of laboratory developed tests (LDTs), the Food and Drug Administration (FDA) released their long awaited draft regulatory framework for LDTs. While the official comment period was announced in the Federal Register on October 3, 2014, this isn’t the first time that we’ve seen the outlined framework. Just this past July, FDA released a Notice to Congress indicating their intent to move forward with regulation. At the same time, they provided public access to the draft oversight framework. During the 60-day period between July and October, APHL has been hard at work analyzing and interpreting the framework to assess and understand the impact on public health laboratories.

The proposed framework will regulate LDTs in a risk based approach, similar to the way medical devices are currently regulated. Due to growing concerns about the lack of clinical validity, FDA is proposing premarket review requirements to establish these characteristics in LDTs and the establishment of a quality system to assure the finished device will be safe and effective. Laboratories that manufacture or utilize LDTs will be required to notify FDA of their LDT inventory six months after the date of the published final rule. This will allow FDA to classify LDTs into risk categories. The requirement to establish the test’s clinical validity through premarket review will depend on how LDTs fall into these risk categories. While every laboratory will be required to comply with notification and medical adverse reporting no matter what the risk, high risk and moderate risk LDTs will be subject to premarket review requirements. Low risk LDTs will be allowed enforcement discretion with respect to premarket review.  (FDA will classify LDTs into risk classes at a later date.)

FDA is also allowing some enforcement discretion with respect to premarket review for:

As the 120-day comment period comes to an end on February 2, 2015, APHL will submit a thoroughly considered and carefully crafted comment to ensure that services provided by public health laboratories continue to improve the public’s health. We encourage others who support public health to voice their interest in maintaining this valuable work.

FDA will host an informational webinar on October 23, 2014, at 2:00 pm EDT. More details can be found on FDA’s website. In addition to the submission of formal comments to regulations.gov, APHL will present at FDA’s public comment meeting in January 2015 (details to be announced at a later date). See you there!