April 20-26 is Laboratory Professionals Week! This year APHL is focusing on environmental health and the laboratorians who work to detect the presence of contaminants in both people and in the environment.  This post is part of a series.

Ever since I was a little girl, I have always wanted to do something in the field of science that would help others.  Originally I thought of becoming a doctor or a nurse, but determined early on that was not for me.  I was then interested in perhaps teaching science at the high school level.  However, in high school I determined that I would much rather be doing testing that would assist others on a population scale.

While working on my degree in Chemistry, I got a job with an insect ecologist and, later, a plant ecologist. I learned how we interact with our environment and how impacts on the environment affected the public.  It wasn’t until I graduated and was fortunate enough to land a job with the Arizona State Public Health Laboratory Chemistry section that I started seeing the connection to public health.

Early on in my career I started noticing that when there was an event that would have a potential environmental health impact, we would receive samples to provide needed information.  Performing the Environmental Protection Agency (EPA) methods on a routine basis and in emergency situations taught me the importance of the work we do.  As I progressed through my career at the public health laboratory, I became an EPA Certification Officer for the state of Arizona and with the Arizona State Public Health Laboratory, which allowed me to expand my horizons and see how the environmental laboratory community was contributing to the safety and health of Arizonans.  I learned that the treatment of drinking water was one of the greatest revolutions in public health and that ensuring we continue to have a functioning system was critical to preventing reoccurrence of diseases like cholera.  During this time, I realized that I wanted to stay in public health and went on to earn a Master of Health Administration in 2007.

I also began to explore biomonitoring and the lab’s past, present and future involvement.  Biomonitoring allows us to explore the connections between the environment and the population to help promote and protect the public.  In my current role as Office Chief of Laboratory Services and Quality Assurance Manager, as well as in my previous role, I have the opportunity to provide training to our partners on the importance of testing and to provide presentations to educate the community on the work that we do.

I take pride in the work that I do to promote and educate individuals on what it means to be involved in public health laboratory work and that environmental health is a critical component of that work.  I enjoy coming to work at such a rewarding place every day. 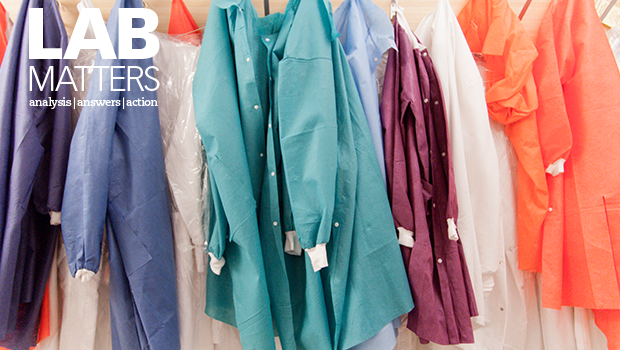