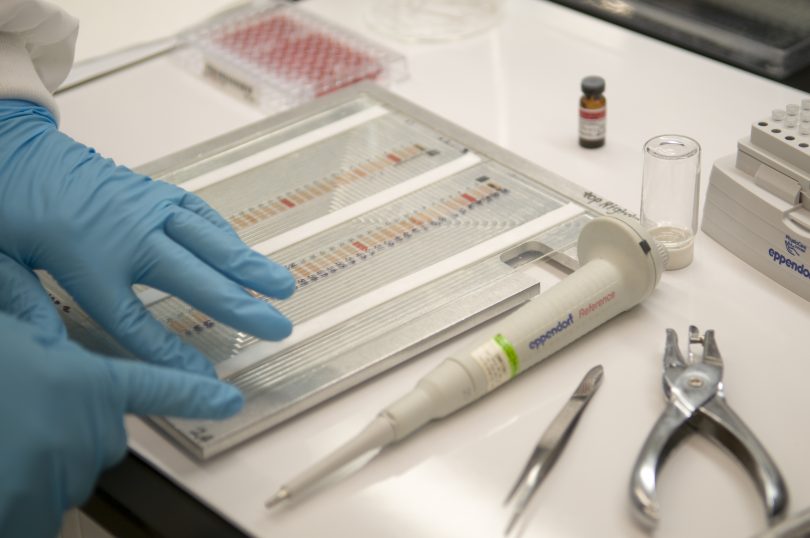 After reading the comments made by Tim Hunt, the biochemist who won the Nobel Prize in Medicine in 2001 for his work on cell division, I was appalled! His comments about his “trouble with girls” (his words) in laboratories made me look back over my many years in research, academia, public health and clinical laboratories and remember the prejudice and tactless comments I experienced firsthand.

Early in my career, there was my male lab supervisor who, upon seeing me bent over looking for something in a fridge, commented that my jumpsuit was “really attractive.” He clearly wasn’t looking at the jumpsuit! 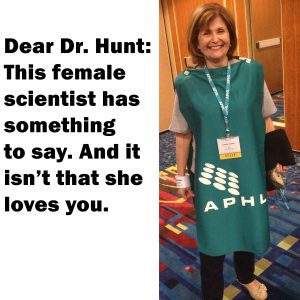 Later, as my family and I were moving to a new city and I was considering several job offers, I asked a male pathologist for his input. He said, “You need to stay home and be a mommy!”

Then there was the time a male company rep tried to sell me a part for a piece of equipment and said, “Being a woman, you can’t understand how it works!” Needless to say, he didn’t get that sale and he never showed up to my university laboratory again. I didn’t stand for that type of treatment.

In my opinion, the most offensive discrimination is when girls are young, vulnerable and easily influenced by someone who should be encouraging them to pursue their interest in science. I’ve seen many girls experience discrimination, including my own daughter. She is both creative and analytical at the same time (both hemispheres of her brain fire all at once), and was in the gifted program in grade school. During a parent-teacher conference, her beloved and highly respected middle school math teacher (a man) told my husband and me, “Lauren doesn’t need to be in this gifted math class—she cannot keep up with the boys.” We were horrified, and even more so when we discovered that he told our daughter that directly. When she aced his final exam, his comment was, “You couldn’t have done that on your own.” Surprisingly (or not), he was removed from his gifted teaching job almost immediately after someone complained. (You know who that was, don’t you?)

Fortunately, my daughter knew her strengths and disregarded that teacher’s discriminatory comments. She went through high school, tested out of 22 course hours in college (including math), was a math tutor for the football team (all men, of course), received a degree in mathematics and ultimately a master’s in biostatistics. She is very successful in her science career, despite not being able to “keep up with the boys.”

So, Dr. Hunt, after all these years in science, I can truly say that no bouts of crying or lab love affairs (really?) have gotten in my way. I am still a scientist and so are both of my daughters. Despite the few people like you who think we can’t handle science because of our gender, we can and we have – and we hope to inspire the next generation to do the same.