After getting the call about her newborn son, Damian, Laura Larks couldn’t sleep—so she went online.

Her pediatrician had called that evening. It wasn’t definite, but Damian’s screen had come back positive for a rare condition known as 3MCC. The doctor asked several questions about how the baby was doing and trusted Larks’ judgment as the mother of six children. Damian could be kept at home that night, but he would need to come in the morning. Even though time always matters with these conditions, this kind of instruction to take it easy can sometimes be made, depending on lab results and the baby’s general health.

At her computer, Larks recalled the newborn screening brochure Delaware sent to expectant parents. It listed “cystic fibrosis, sickle cell, and ‘other conditions’. We were the ‘other.’” Investigating 3MCC, she says she found “horrible stories—children who had died or were blind. I was terrified.”

But the next morning, the pediatrician told her a different story. In many states, screening for 3MCC had only begun in 2006. The children she was reading about online had most likely experienced a health crisis. Because Damian’s condition had been caught early and because he could start treatment nearly immediately, he was unlikely to experience such severe effects.

Reassurance and helpful follow-up continued at all levels. Larks got to know the people at the state health laboratory, as well as chairman of pediatrics for Christiana Care, Dr. Louis Bartoshesky, who would call or email her personally when she had questions about medical news or studies. “He went above and beyond,” she says.

As medical director of Delaware’s newborn screening program and the head of collaboration with Nemours A.I. DuPont Hospital for Children, where Damian was cared for, Dr. Bartoshesky brings together stakeholders from agencies and organizations as well as individuals working for improved newborn and children’s care.

These advocates now include Larks. Laura has been on the board of the Save Babies Through Screening Foundation for many years. She spoke at Delaware meetings on newborn screening, and today the brochure given to new parents includes 3MCC among its “other” conditions—and a photo of a healthy Damian.

The Evolving Landscape of Newborn Screening 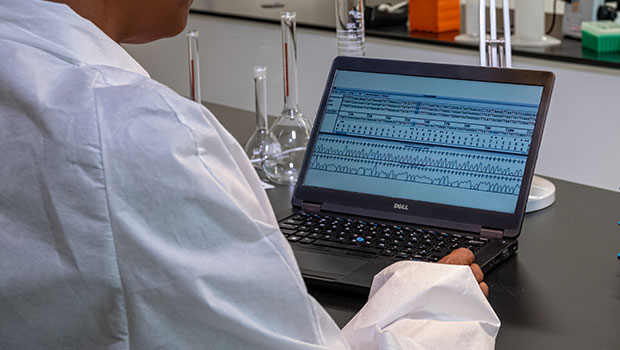 Moving data at the speed of a virus

Sprouts: Just say no?
There are 2 comments for this article