“This is how naïve we were,” said Sherry Dilworth. “We had the whole family going to the hospital. We had a bag of bread; we were going to feed the ducks afterward.”

On that afternoon in 2009, Sherry and her husband were taking their third child, Avery, then just days old, for what they thought was routine follow-up for a mild case of newborn jaundice and fluctuating blood sugar levels. Like so many parents of children with inherited disorders, Sherry said, “I didn’t give a thought to newborn screening until it affected me.”

Sitting in the hospital waiting room, Sherry recalled, “I was laughing at a story my husband was telling when I heard the receptionist, speaking into the phone, say strange things like genetic testing and biochemical markers. The smile dropped from my face and I said to my husband, ‘I don’t think we know why we’re here.’” 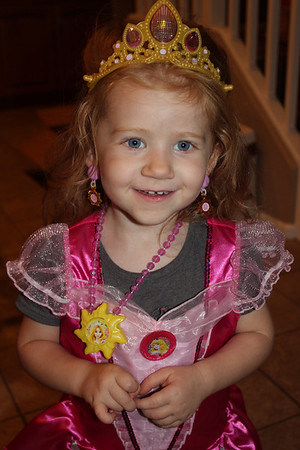 Unbeknownst to Sherry at the time, both she and her husband are carriers for a rare disorder called malonyl-coenzyme A decarboxylase deficiency or malonic aciduria for short. As confirmatory tests would show, Avery had inherited the defective gene from both parents.

Malonic aciduria is so rare that fewer than 30 cases have been documented worldwide. Untreated, it can be fatal. More commonly, it is associated with seizures, mental impairment, developmental delays and a heart condition called cardiomyopathy. Yet, because so little is known about the disorder—and Avery is among the first children to be diagnosed and treated from birth—physicians don’t even know how long affected youngsters will live.

When Sherry learned the full implications of the diagnosis, she said, “I could not fathom that we were talking about my perfectly happy and healthy looking baby girl and life expectancy in the same sentence… I’m thinking, Who are we to have this happen to us? But why not us?”

Despite the devastating news, Sherry considers her family lucky. The condition Avery has, she said, “all of our kids had a chance of inheriting.” Moreover, the state of Utah, where the family lived until recently, did not begin screening infants for malonic aciduria until 2006, just three years before Avery’s birth. “So had our other kids had it, they would have been missed.”

The disorder—which renders the body unable to convert certain fats to energy—is treated with a low-fat diet, regular feeding (as fasting can trigger a metabolic crisis) and daily doses of L-carnitine (a medicine that helps break down fats). Sherry said, “We have some minor issues [with Avery’s health], but what they told us could have happened was horrific. It is so amazing to me that this one test has completely changed her life. It would be so different right now.”

Today, Avery is four years old. She’s crazy about peaches, likes to push her baby dolls around in a stroller and is eager to start preschool this year. Sherry says, “She’s been wearing her backpack all week.”

In her young life, Avery has experienced minor problems with muscle tone and minor developmental delays—walking at 18 months instead of the usual 12, for example—but is otherwise a “normal” child. “If you didn’t know, you would see Avery and you wouldn’t have any clue that she has any health issues at all,” says her mom. “She climbs, she plays, she gets into trouble.”

In fact, Sherry says Avery has been fun for the whole family:

“Our older daughter, Neva, has autism and she prefers to be alone. Avery is super social. She flirts with everyone. She’ll just randomly talk to strangers and smile at them and everyone will say, ‘She’s so cute.’ . . . . She likes to dress up like a princess and she likes to wear those outfits to the store. If I’m in line, she’ll chat with the person behind us, she’ll chat with the person in front of us, and she’ll chat with the cashier. Neva adores Avery. She doesn’t like to play with other people, but she lets Avery go into her room all the time. Avery is like the thing that connects us all to each other. She’s like that for everyone; everyone has a special connection to her… There’s something about her that draws people to her. It’s infectious.”

Sherry is well aware how critical it was for Avery to have an early diagnosis. “If you took out newborn screening, we would have a completely different story,” she said. “The fact that we don’t have a tragic story, that’s the point. This is why newborn screening is so important.”

The state of Utah screens about 52,500 newborns each year for 38 disorders. About 350 Utah newborns are identified each year with a congenital disorder initially detected through bloodspot screening.