The threat of a major pandemic might scare the daylights out of most of us. But hats off to science writer Laurie Garrett who writes about it all the time—and enjoys it!

Laurie, a Pulitzer-prize winning journalist, studies global health and disease prevention and has penned several bestsellers about epidemics worldwide. The author of two major public health books, Betrayal of Trust and The Coming Plague, she tells the frightening stories of diseases like the avian flu, tuberculosis, malaria and SARS—and the world’s vulnerability to them.

A native of Los Angeles, Laurie graduated with honors in biology from the University of California and attended graduate school in the Department of Bacteriology and Immunology at UC Berkeley. But it was her job as a science reporter at a local radio station that sparked her interest in the global health crisis; in particular, the lack of attention and investment in public health.

Following a brief stint at the California Department of Food and Agriculture assessing the human health impacts of pesticide use, Laurie headed overseas to southern Europe and Sub-Saharan Africa reporting on everything from the AIDs epidemic in Africa to the “collapse of public health” in the former Soviet Union. She recalls watching a baby die in her arms of measles in Zambia, and the mother—whose older child died of the disease minutes before—fall into a near catatonic state of grief. “Africa taught me both how deep the chasm of health between rich and poor countries was, and the complexity of solutions,” she said in an interview with Lab Matters magazine. “That pushed me to study why public health had failed with HIV and seemed unable to deal with epidemics.”

She later became a science correspondent at National Public Radio before joining the science-writing staff of Newsday in the late 80s, and continued chasing outbreaks globally in the 90s.

Today, Laurie is the Senior Fellow for Global Health at the Council on Foreign Relations, where she recently traced the history of US pandemics like the Spanish flu outbreak of 1918 that killed more than half-million Americans. Check out her insights online at lauriegarrett.com. Laurie’s stories—written in her signature, blunt style—present a sobering wake-up call for the public and policymakers alike.

@chrisnmangal Garrett: More than 400,000 false tips after anthrax. Millions of dollars spent responding although threats were not credible. #aphl

@sharishea23 The foods we consume today are not the same as the foods eaten 50 years ago. The food safety system needs to adjust to changing needs #aphl 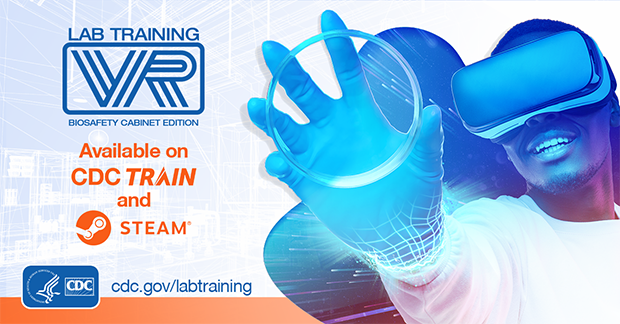 What do virtual reality training opportunities bring to laboratory professionals?