CDC worked up messages that states should be communicating with their hospitals and physicians to request immediate notification of any patient who showed symptoms of anthrax and forwarding of any specimens to the state lab for analysis.

The following week and a half was a blur – anthrax was detected in a second AMI employee. Swabs were taken from their facility and found to be contaminated as nasal swabs were taken from many other AMI employees.  Anthrax was then detected in New York City (as if they haven’t been through enough!) and in Washington, DC at the Hart Senate Building.  We kept a running dialogue with our members, checking on their needs and with the CDC investigators.  That week we also began to hear of several “white powder events,” as we now call them.

On Friday, October 19th at 5:00 pm I received a call from CDC’s senior lab advisor, Dr. Jan Nicholson, asking if we could quickly arrange a 50-state call with all state lab directors as CDC wanted to share information with us.  We contacted every state and held the call at 6:30 pm – during which we learned that the CDC linked the four confirmed cases of anthrax to “intentional delivery of B. anthracis spores through mailed letters or packages”– the US postal system was the delivery mechanism for the anthrax.

Now that anthrax was seemingly everywhere on the East coast, we were more than on alert, we were set to action.  A major gap was uncovered during the 50-state call – there was no standardized protocol for testing for B. anthracis from an environmental sample, only a human clinical specimen.  So we created one over the course of the weekend.

From Friday night through mid-day Sunday, APHL members and CDC scientists developed a protocol by working through the days and nights, handing off the still draft protocol to the next team in the next time zone, until the protocol was deemed by CDC anthrax leads to be ready for prime time.  Prime time turned out to be Monday morning.

Sunday morning I was on a call with Dr. Nicholson and was asked if we could meet with Postal Officials that evening at their emergency operations center in DC.  Very fortunately, APHL’s then-president Dr. Mary Gilchrist was already en route to DC for other meetings and was able to join me.  Knowing how the government works, I didn’t want to the two of us to be outnumbered, so I enlisted Carol Clark,APHL’s chief operating officer, to join us.  The APHL band of three entered the USPS headquarters at 8:30 pm and met with a team of five officials all of whom looked like they hadn’t slept for days.  Truth was, they hadn’t.

CDC was beginning to be deluged with specimens from the postal system, so private clinical labs (which had no protocol) were testing specimens for anthrax; state labs were getting inundated with objects, powders and some of the strangest things one could imagine for testing.

The postal officials were questioning Dr. Gilchrist, a world-class microbiologist and architect of the LRN, about spore size and how far spores could float.  She, in turn, was asking them about the mail handling process.  She described how spores may go towards electrostatic charges, charges that would be present as mail went through a machine that essentially “pounded the hell out of the envelope,” as was described to us.

Carol and I worked with Mary to devise a plan to bring some order to the chaos that was ensuing in mail facilities across the country.  We learned about the process of mail flow and incorporated terms like “upstream and downstream” facilities into our lexicon.  We established that by mid-week APHL would deploy a lab system coordinator to the US Postal Service part time and that the person would work from APHL offices in downtown Washington the rest of the time.  We initially figured we would need a coordinator inside USPS for a few days per week for a few weeks.  We enlisted Tony Sambol who serves as the bioterrorism lab coordinator for the Nebraska Public Health Lab to come to DC.  Tony and his boss, Dr. Steve Hinrichs, readily agreed to the arrangement. Tony arrived the following Wednesday, and it was a full month before we saw him at APHL.  He never left the USPS ops center, there was just no time.

The USPS was looking for order out of chaos and we delivered. Tony set up a system of communication and coordination for the high threat samples (as deemed by postal inspectors and/or FBI) to quickly reach the closest LRN lab capable of testing and that wasn’t inundated at that moment.  All of this required knowledge, dedication, nerves of steel and excellent communication – all of which Tony possessed.  APHL was contracted by the USPS for this testing.  LRN support was still fairly thin so this arrangement allowed the LRN labs to conduct the testing without worry that it was draining state coffers or limited grant resources.

Lab directors were fully supportive of this system.  They knew they were under the gun to deliver quality results to the public as quickly as possible.  The labs were on the frontline in the war against terrorism because it was within those labs that answers were housed.  The public health labs were the only ones who could determine if anthrax was present or not.

These were some tense times.  I was told to be on a call (and ensure that Dr. Gilchrist was on it too) with some state epidemiologists who were very concerned and angry that their state lab was being “used” by APHL for fee-for-service postal testing….It seemed that even a few weeks into the events, the public health community was not yet convinced of how real this threat was.  Fortunately, just before the call, cooler heads prevailed, and, as I understand it, some East coast epidemiologists supported this system because they were seeing the chaos first hand.

The next few weeks were some of the craziest of our lives. Anthrax was seemingly everywhere.  Rural towns, big cities, the Hawaiian Islands, State Department outposts around the globe all had anthrax scares.  Nowhere seemed off limits to the ubiquitous white powder.   It wasn’t only white powders and false alarms, the lab system also detected the real deal.  Anthrax was in newsrooms in NYC, the Senate office buildings, and portions of the postal system.  It was discovered that a 61 year old health care worker succumbed to anthrax, as did a 94 year old woman who rarely left her home.  Contaminated mail was the working theory and remains so today. 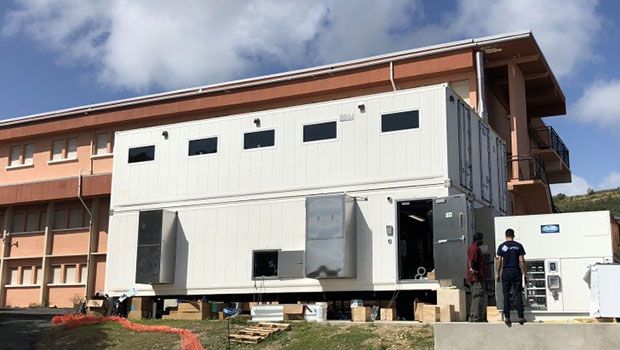