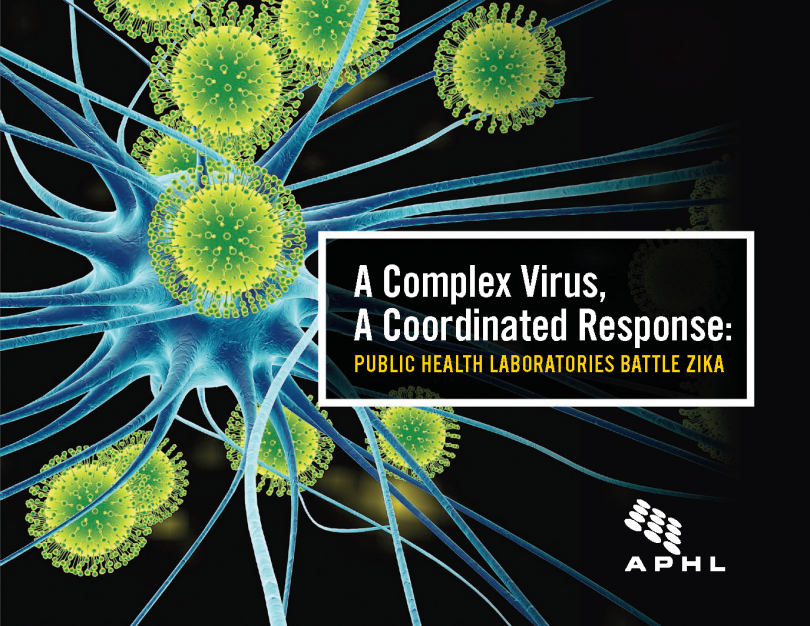 While the US public health system has been through a number of infectious disease responses in the last decade, the Zika response was unique in both its duration and complexity. For more than 20 months (January 22, 2016 – September 29, 2017), CDC’s Emergency Operations Center was activated to respond to the US’s largest Zika virus outbreak. State and local public health departments began their responses as early as November 2015 and continue to respond today. Through the uncertainty, public health built relationships with new partners and found opportunities for unique collaborations with old partners.

APHL explores the journey in detail in our new book, A Complex Virus, A Coordinated Response: Public Health Laboratories Battle Zika. For APHL and public health laboratories, five unique and unexpected partnerships forged during the Zika response proved critical to progress on this journey. Learn about them below:

Vector control is, of course, a time-honored, if underappreciated, public health partner; after all, CDC was established in the 1940s in response to malaria. The Zika response reinvigorated those relationships as public health laboratories and vector control programs worked together on the best methods and approaches for vector surveillance (i.e., testing vectors to see if the pathogen is present) and insecticide resistance testing (testing insects to determine which sprays will be most effective). Once local transmission occurred in Florida and Texas, vector control relied on public health laboratory test results to focus mosquito control efforts on the areas where transmission was most likely to occur.

2. Maternal and Child Health and OB/GYNs

While public health laboratories may connect with maternal and child health departments for other types of testing like newborn screening, it is unusual for these groups of public health professionals to work together in response to an emerging infectious disease. Many OB/GYNs treating patients concerned about their risk of Zika infection and exposure were used to working with clinical and commercial laboratories for prenatal testing, but had never ordered a test at a public health lab. Public health labs across the country worked with their maternal and child health counterparts to ensure they had the most up-to -date information on accessing testing, knew how to correctly complete test request forms and could interpret test results to pass along to appropriate healthcare providers.

At public health laboratories, Zika testing represented a massive increase in workload. Beyond demand from patients worried about their exposure, there were multiple new tests to validate, different tests required for different patient populations and often a single specimen from which multiple laboratories needed to conduct multiple tests. In April 2016, commercial laboratories began performing Zika testing, thus distributing some of the specimen volume, taking some of the load off public health labs and offering OB/GYNs access to testing from laboratories with whom they had established relationships.

This group, led by the March of Dimes, was comprised of more than 70 member organizations committed to the health and wellbeing of US children and families. It was established in response to Congress’ delay in approving the Obama Administration’s emergency request for funding to respond to the Zika crisis in the US. The request was made in in February of 2016 and was not approved by Congress until that September. The Zika Coalition visited congressional offices, wrote letters and testified before the Senate Appropriations Committee advocating for and applying pressure to ensure public health got the funding necessary to respond.

Although partnerships with the Centers for Disease Control and Prevention (CDC), the Food and Drug Administration (FDA) and the Centers for Medicare and Medicaid Services (CMS) are neither unique nor unexpected during an infectious disease emergency response, the Zika response did change their nature with the establishment of the Tri-agency Taskforce for Emergency Diagnostics. Throughout the 20 month response, as we learned more about how the Zika virus behaved, APHL worked with these agencies to ensure that laboratories had access to the best possible tests through the emergency use authorization (EUA) process (FDA’s role), guidance on how to use those tests (CDC’s role) and assurance that the tests were being implemented in compliance with quality testing standards (CMS’s role). This taskforce remains intact for future responses.