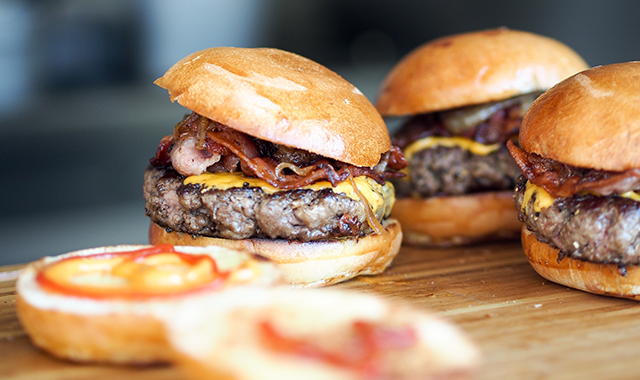 In 2014, two Ohio residents living more than 100 miles apart were diagnosed with an E. coli infection. Twenty years ago, the two cases might have been chalked up to coincidence — after all, tens of millions of Americans experience foodborne illness every year.

But thanks to a nationwide lab network known as PulseNet, public health officials could compare the genetic patterns of the Ohio cases to foodborne illness cases across the country, eventually detecting a multistate foodborne illness outbreak that led to the recall of 1.8 million pounds of ground beef products. Overall, 12 people across Ohio, Michigan, Massachusetts and Missouri were diagnosed with outbreak strains of Shiga toxin-producing Escherichia coli O157:H7, or STEC O157:H7, and more than half of those sickened had to be hospitalized.

“Without PulseNet, we may have never recognized this as a multistate outbreak,” said Scott Nowicki, MPH, epidemiologist at the Ohio Department of Health.

Several key activities came together in late spring 2014 that enabled public health officials in Ohio and Michigan to detect and contain the outbreak fairly quickly. First, after the Ohio Public Health Laboratory confirmed the initial two cases of STEC O157:H7, student interviewers with Ohio’s FoodCORE team — a Centers for Disease Control and Prevention-funded effort to strengthen state and local foodborne illness outbreak response — set out to interview the patients. It turned out both patients, who lived more than 100 miles apart, said they had eaten at the same local chain restaurant that specializes in serving undercooked hamburgers. It was a strong signal that undercooked beef, as opposed to contaminated produce, was the culprit, Nowicki said.

On the same day as the FoodCORE interviews, the Ohio Public Health Laboratory uploaded its test results for the local STEC O157:H7 cases to PulseNet. Previously, the lab, which routinely receives specimens of public health importance from health providers around the state, received isolates connected to the STEC O157:H7 patients. Lab staff then performed pulsed-field gel electrophoresis, or PFGE, to determine the sample’s DNA fingerprint pattern. They posted the fingerprint patterns to PulseNet and quickly noticed their PFGE results matched two isolates in Michigan. 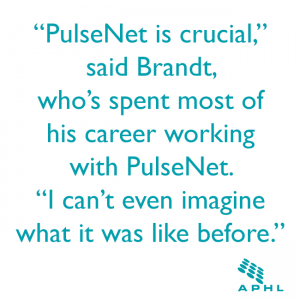 In addition to a match, the PFGE pattern was also relatively uncommon, which was another strong signal of an outbreak rather than a string of isolated cases, said Eric Brandt, a laboratory scientist at the Ohio Department of Health, Bureau of Public Health Laboratory.

With the matching PFGE results, epidemiologists in Ohio and Michigan began comparing notes, finding that patients in both states reported eating at restaurants that serve undercooked beef. In particular, 92% of the 12 ill persons identified in the outbreak reported eating ground beef at such a restaurant before they became sick, and 73% said they may have eaten hamburger prepared rare, medium rare or undercooked.

From there, an intensive local, state and federal traceback investigation ensued, eventually tracing the ground beef at the restaurants where the STEC O157:H7 patients had eaten to the Wolverine Packing Company in Detroit. In May 2014, the meatpacking company recalled about 1.8 million pounds of ground beef that may have been contaminated with the pathogen. During the outbreak, five people were sickened in Ohio, five in Michigan, one in Massachusetts and one in Missouri. While seven of those people had to be hospitalized, none developed hemolytic uremic syndrome, a potentially life-threatening complication associated with STEC O157:H7 infection.

Nowicki noted that before PulseNet, it often took many more cases of foodborne illness for public health officials to recognize an outbreak and begin efforts to identify the source and prevent further disease. Indeed, he said the 2014 STEC O157:H7 outbreak is the perfect example of how PulseNet can quickly connect a small handful of seemingly isolated dots to reveal the outbreak lurking beneath.

Brandt agreed, adding that “these very sporadic cases that cross state lines…those would have been much more difficult to detect in the pre-PulseNet days.” He also said that PulseNet, which celebrated its 20th anniversary this year, is “fundamental” to the Ohio Public Health Laboratory’s foodborne illness capacity, providing the lab’s primary infrastructure for cluster detection, bacterial subtyping, training, instrumentation and much more.

“PulseNet is crucial,” said Brandt, who’s spent most of his career working with PulseNet. “I can’t even imagine what it was like before.”