As the government shutdown continues, we are becoming acutely aware of how the shutdown impacts public health and safety. From delayed testing for drug resistant TB to postponed distribution of quality assessment panels, our public health infrastructure is undeniably weakened without the full support of federal agencies such as CDC and FDA. A skeleton staff is doing their best to maintain critical functions but important surveillance efforts are being put on hold. For example, right now CDC is unable to publish their weekly FluView report which provides critical information about influenza activity to health departments and physicians across the country. Flu surveillance, along with many public health activities, comprises a complex puzzle. Right now this puzzle is broken into many pieces that can’t be linked together to create a complete national picture. The ever-ready and dedicated public health laboratories are stepping into help wherever possible. Despite being already stretched thin and dealing with their own dwindling budgets, efforts by the public health laboratories are filling in important gaps of the surveillance puzzle.  Additionally, these acts by the public health laboratories will help our federal partners get back up to speed faster once the shutdown is lifted.

Influenza Stops for No One

It would be nice if we could ask flu season to hold off for a few weeks, but unfortunately that is not an option. The season officially started on October 1st and positive specimens are already being identified across the country. During a normal season, early flu specimens are sent directly to CDC so they can rapidly determine if the vaccine is a good match for circulating flu types and help determine next year’s vaccine makeup. With the shutdown looming at the end of September, CDC recognized that they would have limited laboratory capacity during the shutdown so an emergency teleconference was scheduled with three states (California, Utah and Wisconsin). As part of an already routine surveillance project, these states were contracted by APHL to perform national surveillance testing on flu specimens after the first few early season specimens were sent to CDC. Fortunately, all three states were ready and willing to accept this unanticipated, influx of early season specimens. As Hugo Guevara of the California Public Health Laboratory explained, “Each year, two months before the official influenza season starts, our group performs quality control. Because of this, we were ready when the first specimens arrived 2 days after our emergency teleconference with CDC and APHL.”

Preparedness efforts such as this do not happen overnight. These contract labs were instituted during the 2009 H1N1 pandemic, and, since their inception, CDC and the labs have put extensive efforts into training so that national surveillance testing is consistent between CDC and the three public health laboratories. Already having this additional capacity and expertise available outside of CDC means that this critical piece of the surveillance system will continue despite the government shutdown. Even though the results of the surveillance testing cannot be processed and shared nationally via FluView until the necessary surveillance staff return to work at CDC, the data and specimens will be readily available for them to analyze and distribute preventing further delays in completing a national picture of influenza activity.

In addition to early flu season testing, four public health laboratories have been able to help CDC by being prepared to test for vaccine preventable diseases (VPDs) such as measles, mumps and whooping cough.  The four VPD Reference Centers are trained and experienced in using CDC protocols to test the most common specimen types for nine VPDs.  During the shutdown, public health laboratories have been asked to submit specimens to one of the VPD Reference Centers instead of CDC for testing whenever possible to ensure rapid results, avoiding unnecessary delays in investigating cases and outbreaks of these uncommon diseases.

As the shutdown approached, the PulseNet Area Laboratories stepped up to the occasion. Each of the seven Area Laboratories (Massachusetts, Virginia, Michigan, Minnesota, Texas, Utah, and Washington) were willing to help. The PulseNet Area Laboratories exist for this sort of incident: to assist their fellow laboratories with a sudden influx of PFGE testing, data submission and outbreak communication should the need arise. PulseNet laboratorians from across the country submit DNA fingerprints of bacteria from sick patients to CDC. When these fingerprints are matched, investigations may be launched by public health laboratories, CDC, USDA and/or FDA to detect the source of the illness. Without full coverage of the national DNA databases at CDC, national outbreak detection could have been severely hindered. Most of the cluster and outbreak detection and communication would have been up to the public health laboratories possibly without the presence of federal authorities to aid in the investigations. Fortunately the majority of the PulseNet database team and OutbreakNet staff at CDC was brought back to work after seven days of furlough. However, there are still many staff members out and there will be backlog to overcome as government employees return to work. The public health laboratories will play a crucial role assisting CDC with national outbreak detection while employees are playing catch up.

Piecing It All Back Together

While the shutdown is an unfortunate situation and has far reaching effects beyond public health, our federal partners and public health laboratories are doing as much as possible to continue to ensure national public health and safety. These are only a few examples. We extend our appreciation to our partners and public health laboratories for their preparedness efforts over many years that minimize catastrophic effects during emergency events such as this one. This too will provide an opportunity for further growth as we exercise preparedness plans and can institute improvements for the future. Once the federal government reopens, we look forward to seeing the pieces of the puzzle patched back together, getting a full picture of the arriving flu season and having critical federal support for many public health activities. 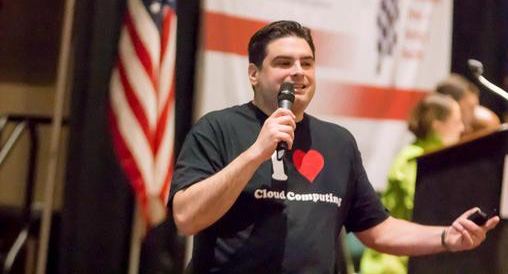 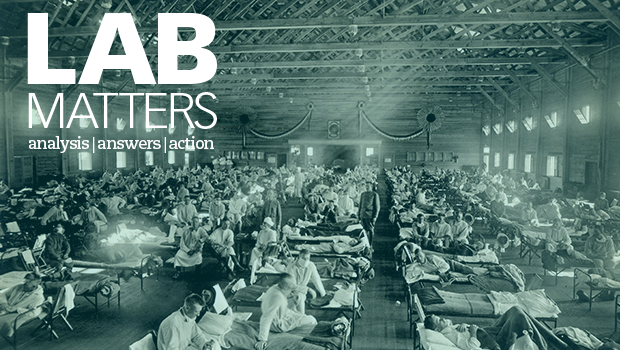