Picture a small rural hospital in northern Minnesota.  A man walks into the emergency room late in the afternoon complaining of flu-like symptoms. He’s admitted and at first seems stable, but rapidly deteriorates.  As he is transported by helicopter to a larger hospital for advanced treatment, his condition plummets en route and survival seems increasingly unlikely.  The backstory: The man was three weeks into a road trip and could have passed this fast-acting, apparently lethal bug on to any number of people.  Sounds like the script pitch for Contagion 2, right?  Mystery illness in Minnesota, I can see it now.*

But while it sounds like a script pitch, this actually happened in the fall of 2011, with Bacillus anthracis, as the causative agent of anthrax, as the starring villain.  There was one very important change to the storyline though.  Thanks to the efforts of the laboratorians at Lake Region Healthcare in Fergus Falls, Minnesota, and the Minnesota Department of Health Laboratory Response Network (LRN) staff, the mystery bug was identified in time to provide treatment, and the patient is alive and well today. Maureen Sullivan of the Minnesota Public Health Laboratory told us the story of the legwork that went in on the laboratory side, and it would definitely make for a pretty good movie!

First, a word on the LRN.  The LRN was developed in 1999 by the Centers for Disease Control, APHL, the Federal Bureau of Investigation (FBI) and the Department of Defense.  Today, there are two main arms of the LRN: chemical and biological threats preparedness and response (LRN-C and LRN-B), which provide a strong, unified system of laboratories that can respond to any threat.  There are standard protocols for everything, and regular trainings to keep everyone up-to-speed. In the LRN-B, Sentinel Level laboratories like the Lake Region Healthcare Laboratory can rely on reference laboratories such as the Minnesota Public Health Laboratory, and the Minnesota Public Health Laboratory, in turn, can call on resources within the CDC. Further, the Minnesota Public Health Laboratory can leverage partnerships with the local law enforcement, FBI and the National Guard Civil Support Team.  From the first culture to the final treatment, the Minnesota anthrax case was a perfect illustration of what dedicated laboratory and first responder professionals can do with the strength of the LRN behind them.

Back to our story.  The patient in question was a 61-year-old Florida man who had been driving through the northern plains states for the past few weeks with his wife, taking in your standard tourist attractions and enjoying the scenery. (Can’t you picture the opening montage of our movie?)  He had a previous history of pneumonitis and had been exposed to Agent Orange in the Vietnam War, but was otherwise healthy.  When he arrived at Lake Region Healthcare on a Thursday afternoon, there wasn’t anything to suggest that he might be infected with a deadly biological agent, so the hospital began its standard protocol for flu-like symptoms and sent blood cultures to the laboratory.  These cultures were examined that Friday morning and, after finding all four to be positive, the laboratory technician followed LRN sentinel protocols and plated all four to watch for growth.  Normally samples like these would have been checked again at about noon on Saturday, but the laboratory technician was suspicious and made a point to look at them again later Friday afternoon.  Cue the ominous music and enter the Minnesota Public Health Laboratory, an LRN Reference Lab, at camera left, because those plates had growth!

Realizing what she might have on her hands, the sentinel laboratory technician made a call to the MN public health lab to let them know what was happening, and then personally packaged the samples and drove them to the delivery drop box to ensure they would arrive at the state laboratory the next day. Thanks to her diligence, the plated samples arrived at the state laboratory about 24 hours early, at 11 AM Saturday morning, and Sullivan says when the on-call molecular biologist opened the box, “she looked at the colonies, closed it right up, went and called her husband and said ‘I think I might be here for a while.’”

Sullivan got the call with positive results for B. anthracis spores at 2:30 PM that afternoon (while on a family vacation, I might add) and started making phone calls.  The submitting hospital had to be notified so treatment could begin as soon as possible, but positive anthrax findings don’t stop with identification.  Because anthrax is so dangerous, the Minnesota LRN-B’s next task was to determine whether this patient was deliberately infected.  This is the point in our script where the military enters, in the form of the National Guard’s 55th Civil Support Team (CST).  The Minnesota laboratory conducts regular trainings in conjunction with the 55th CST, and they have a great working relationship. In conjunction with the National Institute for Occupational Safety and Health (NIOSH), the 55th CST and two representatives from the Minnesota laboratory (Sullivan included) spent a day combing over the patients rental car, removing anything that might give them a clue as to where the spores had come from.  Altogether they collected over 50 samples, including the patient’s boots and a set of deer antlers.  While none of the samples collected from the car tested positive, Sullivan notes, “It was a very good collaboration with the CST team and with our partners at CDC to put the environmental sample plan together.” Meanwhile, the patient’s condition had deteriorated.  On Sunday, he was loaded into a medevac helicopter and sent south to a larger hospital for treatment. Despite a nail-biting collapse en route, doctors were able to stabilize him, and the following day a team from the CDC administered emergency treatment.  It’s important to note that this treatment would not have happened without the positive B. anthracis identification from the Minnesota State Public Health Laboratory. That treatment, coupled with the early changes to the patient’s antibiotic regimen after the positive identification, is likely the reason the patient recovered completely.

Like any good movie, this story leaves a few questions behind.  First, where did the anthrax come from? While the movie version of this story would probably end with some hint at nefarious origins in order to create a sequel, the truth is it was probably a complete coincidence.  Anthrax is found naturally in all seven continents and lies dormant in soil for hundreds of years.  The spores can reactivate when they are kicked up and inhaled, commonly by grazing animals.  Our patient had spent some time on his road trip collecting rocks from riverbeds, and at one point drove past a large herd of grazing buffalo.  It’s probable that he inhaled some spores (and it would only take one) in one of these locations, but we will truly never know. You may also be wondering why the patient’s wife didn’t get sick, despite being in all the same places and presumably getting the same exposures.  It’s possible that the patient’s history of lung problems might have made him more susceptible, but again, there is no way to know.  She may have just been very lucky.

Despite these questions, the reality remains that without the smooth functioning of the LRN-B, this could have been a very different story.  But thanks to the dedication of a wide variety of people, the patient was on the road to recovery a mere four days after the initial blood cultures were drawn.  “I think what this really showed us was that all of the efforts we’ve put forth for our training really have made a difference,” says Sullivan. “All of those things really came together and we had a very successful response.”

In conclusion, Contagion 2: LRN in Action.  Get the popcorn!

*Speaking of Contagion, my friends in Minnesota would probably like me to point out that this case study does an awesome job of refuting the movie Contagion’s very unflattering portrayal of Minnesota public health and emergency response systems.  Despite what Steven Soderbergh may have you believe, when trouble arrives in real life, Minnesota is on its game! 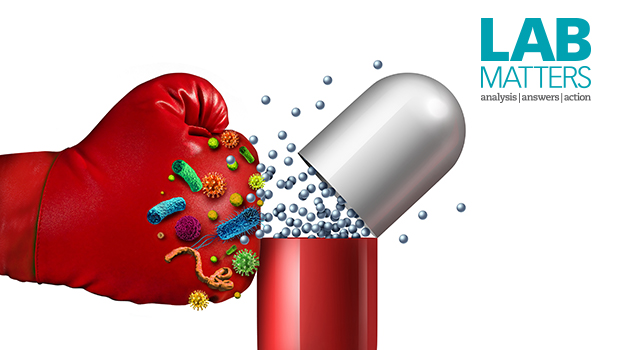 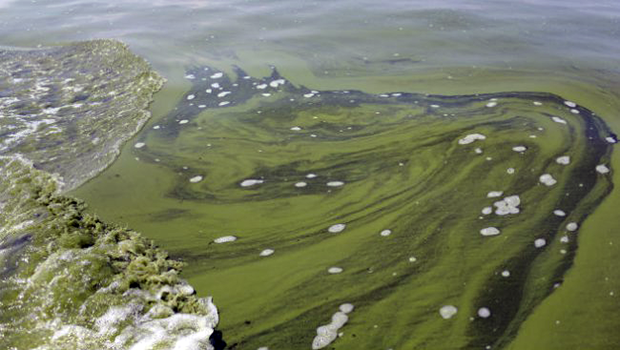