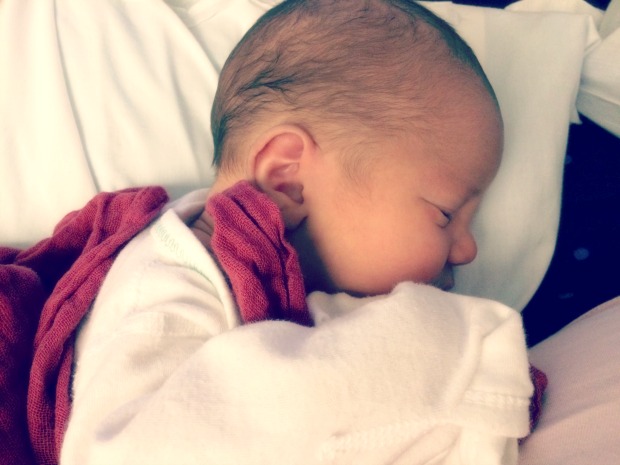 When it comes to newborn screening, the primary goal, simply stated, is to save or improve the lives of babies who otherwise may have died or been severely disabled. While the goal of the program is rather straightforward, achieving that goal can be very complicated. The addition of lysosomal storage disorders (LSDs) to newborn screening panels fully exemplifies how complex and emotional this critical public health program can be.

While newborn screening is a program managed by each state, there is a federal panel that reviews and recommends conditions to be added to state screening panels. The Secretary of the US Department of Health and Human Services’ Advisory Committee on Heritable Disorders in Newborns and Children (ACHDNC) uses strict criteria when considering which conditions should be recommended for addition to the Recommended Uniform Screening Panel (RUSP). Disorders added to the RUSP are evaluated based on scientific evidence that demonstrates:

LSDs consist of 50 rare metabolic diseases that are characterized by vital enzyme deficiencies which cause build-up of toxic materials in a person’s tissues and organs. If left untreated, the patient’s physical and mental functions will begin to deteriorate, likely leading to death. Krabbe, Pompe, Niemann-Pick A/B, MPS I and Fabry are all part of this group of diseases, and they have all been considered as potential additions to the RUSP. As of February 16, 2016, only Pompe and MPS 1 have been approved. The other conditions have not been formally recommended to the Secretary for consideration because they don’t meet the requirements listed above. Most often, the committee cited the lack of a perfected test and/or a lack of effective treatment for the condition.

However, some states have gone beyond the RUSP and have added or are planning to add certain LSDs to their newborn screening panels. On June 1, 2015, after a nearly seven month long pilot program, Illinois became one of three states to implement testing for LSDs joining New York and Missouri. Statewide testing in Illinois was implemented for five LSDs (Gaucher, Fabry, MPS I, Niemann-Pick A/B and Pompe) – state law requires two additional conditions, MPS II and Krabbe, which will be added at a later date. 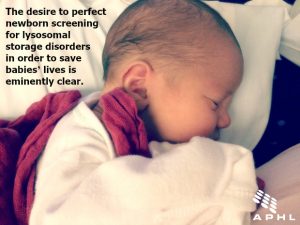 Adding LSDs to newborn screening programs requires extensive work. The Illinois newborn screening program chose to use the most common testing platform, tandem mass spectrometry (MS/MS), for LSD screening because it lends itself to multiplexing (screening for multiple conditions at once) and high specimen throughput (screening lots of samples quickly). In order to accommodate these instruments, the Illinois public health laboratory needed to undergo renovations such as adding higher voltage outlets and additional air conditioning units. The renovations combined with the cost of renting the MS/MS instruments and other necessary equipment, buying reagents, staff labor and laboratory overhead totaled $1.45 million just to get the laboratory portion of the program off the ground. The follow-up costs are close to $150,000 annually. (The Illinois newborn screening program increased fees to cover this cost. Every state handles costs differently. Within each of the state profiles on NewSTEPs’ website, you can see how they handle fees.)

There is still controversy surrounding LSD screening. One concern is that the results aren’t necessarily straight-forward. An abnormal result could mean the baby is an asymptomatic carrier, will experience late onset with milder symptoms, needs treatment immediately to prevent serious outcomes, or other possibilities depending on the condition. In order to fully understand what abnormal results mean and to provide a definitive diagnosis, further diagnostic and genetic testing is required. However, in Illinois many insurance companies won’t cover that additional testing. For some families, paying for genetic testing out of pocket (often around $2,000) simply isn’t an option. Some families have refused.

As of January 2016 (over a year since the pilot program began), Illinois has screened over 110,000 specimens. Of those, 276 babies had abnormal results. Here is a breakdown of those newborns:

While speaking with staff in the Illinois newborn screening program, their strong desire to help newborn babies and their families was abundantly clear. They were driven to perform their job as they were expected and as best they could. But the challenges they faced were also clear. For example, one of the conditions on their LSD panel is Niemann-Pick A/B, a neurological disorder that has no FDA approved treatment yet; the outcome for the baby is typically death. This makes it extremely hard to explain the results and what it means for the family.

Illinois is paving the way for other states to implement similar testing when the time is right. Many of their peers look to them for guidance on this issue.

Articulating the value of newborn screening can be very simple when discussing metabolic conditions for which we have been screening for decades and treatments are readily available. But newborn screening for LSDs is still very new, just as PKU screening once was. And just like with PKU, the desire to perfect LSD testing in order to save babies’ lives is eminently clear.

Moving from academia to public health: Did I make the right choice?